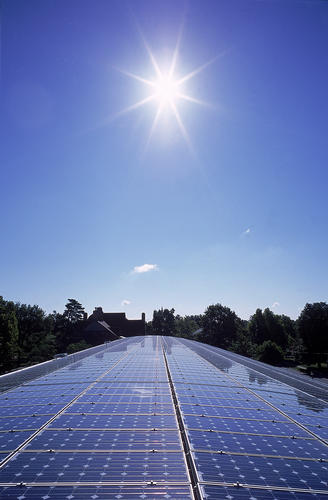 SPS is a subsidiary of Strategic Security Systems International (3SIL), an independent Ghanaian conglomerate specialising in the procurement of solar products. According to numerous reports, SPS’ motivation for the project included a desire to make Ghana more independent with its energy and provide a clean and stable solution to the national grid.

Ghana’s first ever PV manufacturing plant will mainly produce crystalline PV modules at a rate of 30MW a year. It also provides off-grid components, PV systems, and installation products including both micro and macro solar grid systems. The plant also is home to a 50kW PV system that supplies energy to the grid, with designs to install a 100KW system which will eventually power the entire factory.

Whilst most of the plant’s materials are sourced directly from Europe, the main target audience is to be the home market:

“The plant is mainly relying on the domestic market – West Africa,” said Capilupo. “The challenge is to find distributors so the products can reach the global market.”

Oheneba Ofori Boateng and Francis Akuamoah-Boateng, the respective CEO and chairman of SPS, have told the media they hope the new PV plant will set a precedent for a drive towards a greater contribution to the renewable energy market in Ghana.

Public support for the new project was highlighted by the high-turnout at the official launch. Influential authority figures that attended included former president John Agyekum Kufuor, Emperor of Ashani, Otumfuo Osei Tutu II and Mensah Otabil, founder of the international central gospel church. The overarching message exuded at the launch was for Ghana’s private sector to not only inspire change within the country, but to demonstrate Ghana’s potential worldwide.