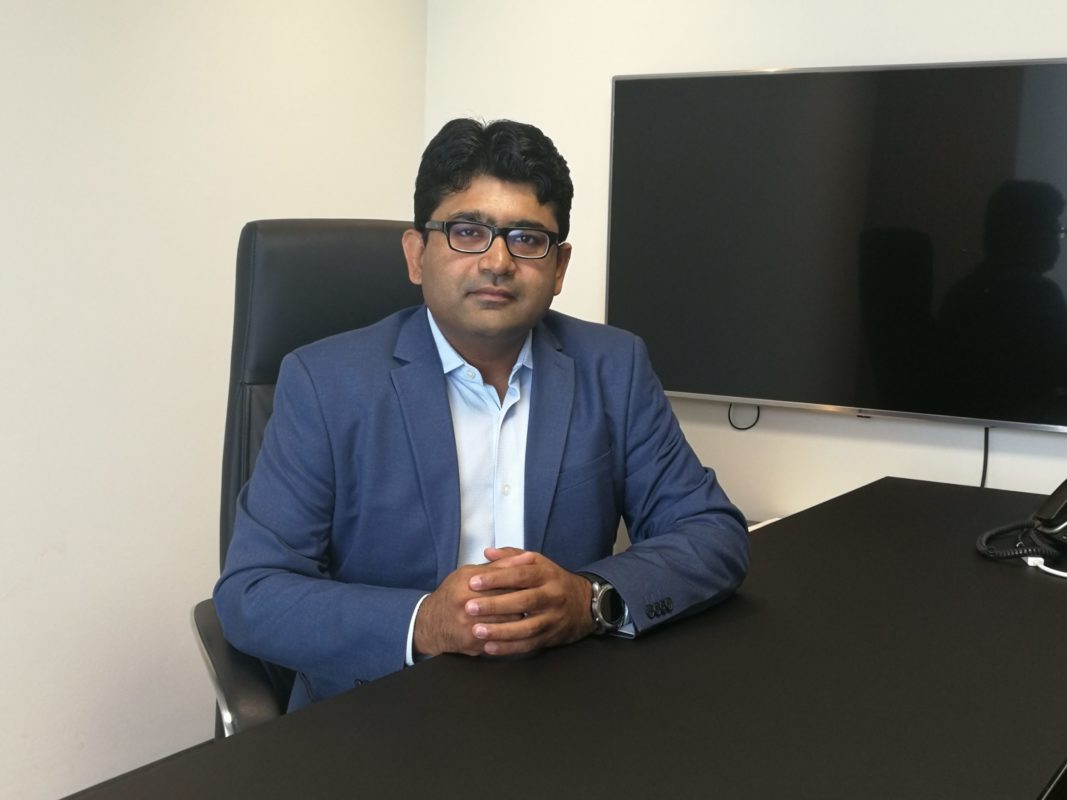 PV Tech caught up with Vikas Bansal, head of Business Development, Solar International, at one of the world's largest solar EPC firms, Sterling & Wilson, to discuss which geographies show the most promise for solar development at present and in the future.

This round-up does not include Sterling and Wilson’s market of origination, India, where it has its own dedicated team and which is certainly viewed as one of the frontrunner PV markets of opportunity, handling between 7-10GW annually. Nor does it include Japan, China and South Korea, markets that Sterling & Wilson is not currently pursuing.

Vikas Bansal: This year Vietnam has been a fantastic market. We were all expecting last year that Vietnam would open up but finally, it has. We are constructing roughly 300MW of plants in Vietnam and even next year Vietnam is going to remain very active in PV.

Bangladesh will pick up. This market has been dormant for the last three years. There have been lots of things happening at the government level, but finally this year they will be able to roll out a few solar PV plants on the ground and next year will even be bigger for this market so we are very focused on Bangladesh.

Markets like Malaysia are doing lower volumes, but they seem to be doing a small volume every year so they are more consistent.

Indonesia has been one market which personally for me has been a bit of a disappointment. Two years back when we started getting into Indonesia, we invested, we had people and offices there and we all thought that Indonesia would finally open up, but unfortunately, it didn’t happen. There are a lot of grey areas in terms of local content requirements, and in terms of feed-in tariff (FiT) applicability, so that is one market which has been a dampener to say the least.

There are other sporadic markets like Myanmar, Cambodia, where action will happen but as of now we don’t see them as long-term markets because they do not have long-term policies to promote renewable energy.

Australia has been one market which has absolutely boomed in the last two years and we feel the market will continue to boom although there are some policy level issues which have been happening in the past few months, for example, The National Energy Guarantee (NEG).

Nevertheless, the way we see the market is that in Australia the merchant power plants are still making sense. We are also working on several large opportunities there including some of the large plants which are going under construction in the next 3-6 months.

So overall, from our perspective, even though the policies are a bit fuzzy as of now we still feel the market has all the right macro indicators and will continue to grow for the next 3-5 years.

Kazakhstan has shown some signs of movement. That is one market which we think this year will be small – they really want to take a step by step approach which we appreciate but the overall long-term plan seems to be there so that is a market to watch out for. If not this year, next year that market is going to open up for the large-scale investment on the PV side.

There are markets like the Ukraine which have been dormant for the last many years. Even now we do not have much visibility on the way the market will shape up, although there were few issues on the bankability of the PPA, which have been partially addressed. We still feel the market will take another 6-9 months more for things to become clearer.

The Middle East is like one large tender driven market. You’ve had tender announcements in almost all the major countries in the gulf, while Abu Dhabi has indicated that it will come out again for another 1.5GW tender for solar PV. They want to bring about 5-6GW in the next 2-5 years so there is a high possibility that they will come out with a large tender in the next 6-9 months, but obviously, that still remains a possibility. These UAE programmes are all evolving.

In Saudi Arabia, where things have still not gone the way they were planned, finally, they were able to come out with more structured and long-term solar programmes. It’s another country where we all know it has a lot of potential when the macros are all in place. It's a matter of [the] right policies and right implementation.

They have taken the first step with the execution of the 300MW Sakaka plant and we are very confident that moving forward they will come out with more structured RfPs for the solar PV domain. Sterling & Wilson invested in that market many years back. We have a full-fledged presence in Saudi Arabia and that speaks volumes about our focus and interest in this market and the rest of the markets.

Egypt has done a lot of megawatts and they have been able to allocate more megawatts recently, but moving forward after this year we have little visibility about Egypt for 2019.

We are not clear whether they will be looking for more capacity but overall we always evaluate the market from a very macro level perspective. We still feel Egypt is a large country with large requirements and they can still absorb power [on] their grid. However, the policies are still as of now not clear in terms of implementation and what kind of targets they are aiming at.

Other markets in the Middle East are more sporadic. Some countries will come out with a tender, but will they go through it in a long-term process? Countries like Oman are now very active in solar after a three-year break, but strategically planning for such countries can be difficult.

A few pick countries are likely to be very active. One would be Kenya, which we feel has finally woken up to the fact that some amount of solar on their grid would be useful. It will help them in creating more jobs and Kenya has already allocated a few PPAs and as per our understanding they will be allocating more PPAs in the next 3-6 months, so that’s one market which is going to be important.

Then everybody knows South Africa has made a comeback. It took a break for two years and now it’s suddenly coming back on the block.

A lot of other markets have [the IFC's] Scaling Solar programmes, but from a strategic level these markets will remain sporadic. They will come out with a few tenders and then they will go back to their normal route.

Even if you look at some of the countries which adopted the Scaling Solar programme things have been rather slow. They have been able to implement only a few hundred MWs under the programme and the programme started almost two years ago. These countries obviously need a lot of baseload generation but they do not have any solar on the grid so all of these countries can very easily absorb a few hundred megawatts of solar in their grids and they can kick-start their industry.

In the last 4-5 years a lot of countries have done 1 or 2 projects, for example Mozambique, around 50-100MW, Zambia around 100MW, Namibia around 50MW, and Kenya till now not much, 20-50MW. So they have done one or two projects but the large-scale adoption has not happened and from our perspective we don’t think a lot of African countries will adopt large-scale solar at least this year, but maybe next year once the prices of solar further go down they may again start looking at solar in a more active way.

But all these countries have the right intent and I’m very sure it’s only a matter of time before they start adopting solar on a larger scale.

Latin America has been very active. Although Argentina has had some issues on the banking and credit side of the market, we feel it will become an important player moving forward.

Chile has traditionally been a very proactive solar market, but it had a break in the last couple of years. However, now that the North and South parts of the country are linked with transmission lines, it will again see a third wave of solarisation and 2019 and 2020 are going to be important for the Chile market.

Mexico is another country that started solar about 3-3.5 years back and is again keen to do around 1-2GW every year and they will continue to play an important role.

Colombia has had a government policy announced and although there are a lot of regulatory challenges in the market, we think in the next 1-2 years Colombia will become an important market from a scale perspective. We think even their solar programme will be 500MW-1GW programmes which is a good enough scale for anybody to start investing and thinking seriously about any country.

Brazil has been an on and off market. They have done more than 1GW to date. Even now we are not very clear which way the market will go, so from a strategic perspective we are not very sure whether we should focus on Brazil now or wait and watch.

We very strongly feel that the US will remain an important market despite the tariff imposition on the modules. There are also issues at a broader level which are going on. We still feel the market will remain healthy although the volumes have gone down. But even at a level of 5-7GW it’s a big enough market. The policies are very structured and a lot of states are still interested to go for solar.

We also feel that US is one market wherein you will see a lot of integration of solar and storage because it’s a developed market. There are a lot of possibilities of combining storage and solar and then offering more dispatchable power to the operators. Sterling & Wilson understood this a couple of years back and we are right now implementing a 30MW solar project in US and very soon we will be starting a 70-80MW construction.

Again Europe opened up only last year. The market took a break and nothing much happened in 2016 and 2017, but this year a lot of things are happening. Countries like Spain and Portugal are very active. Again the market is more merchant which makes a lot of sense because now solar is able to compete with all the conventional sources of power. The merchant model shows the market is more mature. Overall the market is going to come up and 2018 will be a better year, but we feel that 2019 will be a huge year in Europe, particularly in countries like Germany, France, Italy and Spain.

All of these countries are going to allocate many more hundred megawatts for the merchant solar power plants, so Europe is again back in the business for the large-scale solar PV systems and we will be catering to this geography from our Madrid offices.

Part II of the interview will cover trackers, O&M, energy storage and other market changes that solar EPCs are having to adjust for.