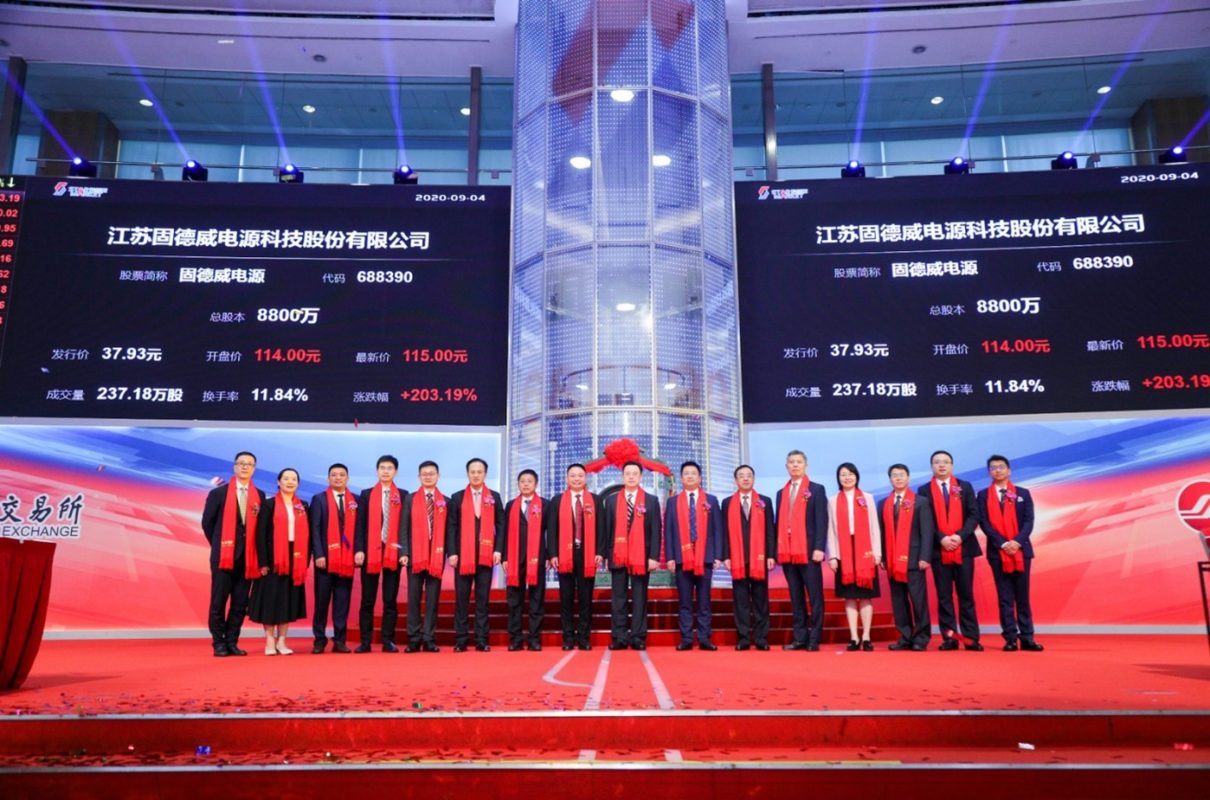 Inverter manufacturer GoodWe has listed on the Shanghai Stock Exchange, with the company backing its IPO to help it pursue a new growth strategy.

The Chinese company confirmed on Friday 4 September 2020 that it had officially listed on Shanghai’s stock exchange following an initial public offering (IPO) of common stock, a date GoodWe said was symbolic as it coincided with the company’s tenth anniversary.

“GoodWe has achieved consistent, continuous and sustainable growth for several years and has proven, year after year, that its financial success is a result of its step-by-step approach of strategic growth and consolidation.

“We have been working relentlessly for over ten years and have reached new frontiers. The IPO marks the beginning of a new chapter” Daniel Huang, chief executive at GoodWe, said.

GoodWe said its future growth strategy would concentrate on four particular pillars, namely energy storage, an expansion of local sales networks in new markets, an increase in funds dedicated towards R&D and a new focus on utility-scale projects.

Among its initiatives following the IPO are;

“We have achieved good results in a relatively short time and we are confident about the company’s future growth trajectory. At GoodWe we don’t wonder what the future holds, we shape the future with our actions and innovations,” Rong Shen, VP of international sales, said.

4 October 2022
Solar & Storage Finance USA, the only event that connects developers to capital and capital to solar and storage projects, will be back in November 2022.
finance, goodwe, inverter, ipo, shanghai stock exchange