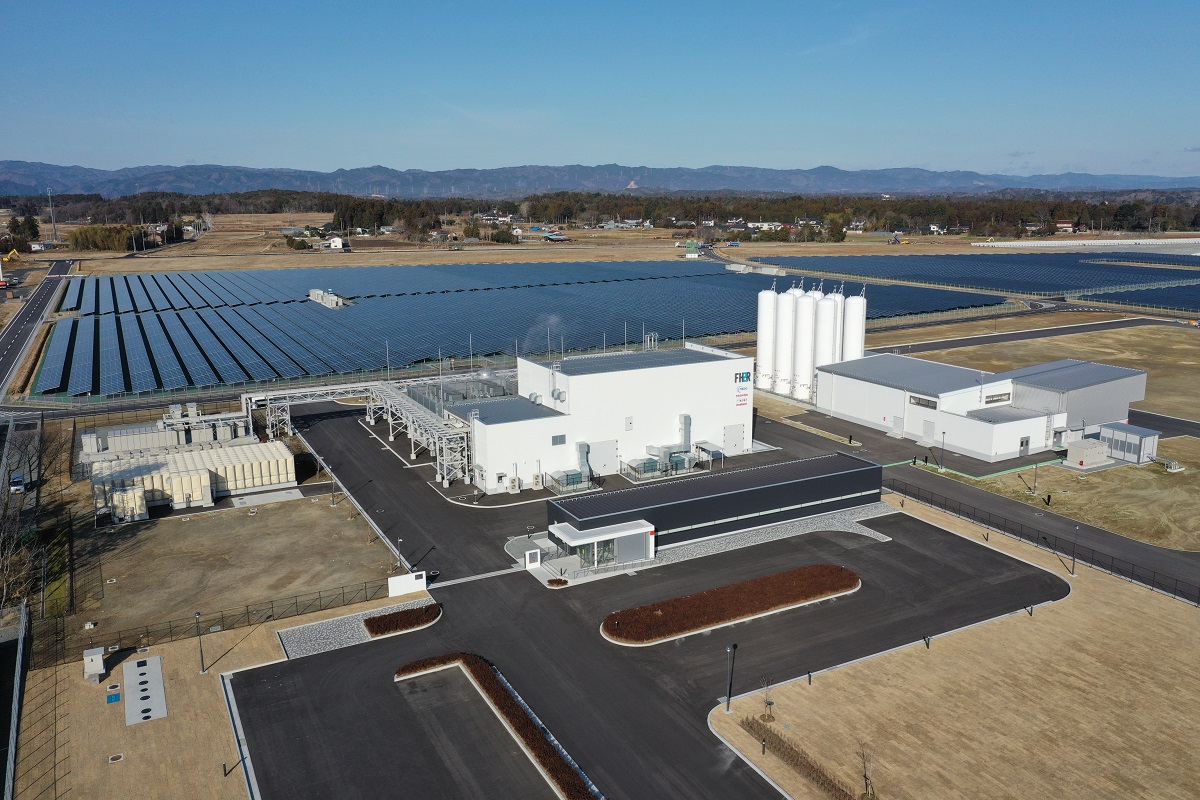 Green hydrogen, despite its undeniable role in a net zero economy, remains a nascent technology and one which has sparked many a debate. Whilst it’s not controversial to say it will be needed in some capacity, the extent to which it will be used as the world decarbonises – and in which sectors and specific use cases it is applied – is less of a clear cut picture.

Green hydrogen can help to power fuel-cell vehicles and is often thought to be best paired with shipping and freight land vehicles and aviation. It can also be used for a wide variety of industrial purposes – with industry being tipped as the main customer for green hydrogen – as well as for heating. In particular, it is seen as beneficial for energy intensive industries such as the ceramic industry, the steel industry and the cement industry.

Green hydrogen is produced through electrolysis, during which an electrical current is used to separate hydrogen from the oxygen in water. This electrical current is sourced from renewable generators, typically – though not exclusively – solar and wind. Green hydrogen differs from other forms of hydrogen due to it being produced using renewables, although blue hydrogen – which is produced from hydrocarbons but incorporates carbon capture and storage (CCS) – is also carbon neutral.

In the race for green hydrogen leadership, three markets have surged ahead. These – Europe, Australia and the Middle East – have benefitted from either favourable policy environments, large project commitments or a combination of the two. But how exactly has this been achieved, and how does solar play into this?

Building a success story for solar and green hydrogen

There are a number of examples of green hydrogen projects that include solar around the world. In Scotland, solar is to be paired with a 10MW electrolyser and wind power as part of a project run by Iberdrola unit ScottishPower Renewables, gas specialist BOC and ITM Power. In Singapore, the Renewable Energy Integrator Demonstrator has seen a microgrid combining solar with hydrogen, wind, thermal and storage technologies built by Engie and Nanyang Technological University.

Meanwhile, solar giants such as the aforementioned Iberdrola have moved onto the scene, with the Spain-headquartered utility having announced the creation of a new business unit dedicated to green hydrogen in September 2020. It is currently working on a project to be located in Puertollano, southern Spain, which will see 100MW of solar PV combined with a lithium-ion battery and an electrolysis system.

But what makes solar a beneficial technology to provide power to an electrolyser over other forms of renewables? One factor which may influence the pairing of the two is price cannibalisation, which in countries such as Spain and Portugal is making it difficult to push more solar onto the system due to these markets already being heavily saturated with solar. This is something which can be overcome by pairing the solar with an electrolyser and “directly producing hydrogen in hours when the sun is shining” according to Aurora Energy Research’s senior commercial manager Alexander Esser.

Esser also suggests that solar will have a higher importance when it comes to green hydrogen production due to import needs, with countries with high demand from industry such as Germany requiring imports from southern countries such as Spain and Portugal. These countries will “play a big role” in producing hydrogen and exporting it to north Europe, which will be a “big upside” for solar due to the high levels seen in those countries.

Imports will not only come from other areas of Europe, however. Australia has joined forces with Germany to fund a feasibility study into the production, storage, transport and use of hydrogen from renewable energy, with the project looking specifically at exporting green hydrogen from Australia to Germany.

Indeed, Australia prides itself on its status as leading on green hydrogen exports. It has signed deals with Japan, South Korea and Singapore, although the Germany partnership is the first to explore exports to a European country. Commenting at the time of this announcement, Australia’s energy minister Angus Taylor said Australia has a “natural competitive advantage to be a world leader in exporting hydrogen”, with exports from the hydrogen sector expected to contribute an estimated AU$11 billion per year in additional GDP by 2050.

Alongside its import potential, another driver for solar when it comes to green hydrogen will be that there are often site constraints next to the offtakers. Esser suggests the example of a steel mill, stating that in cases like this “it's often easiest to build a solar farm next to the site to then produce the hydrogen”, describing this as “the big advantage of co-locating”.

However, the benefits of solar are highly location dependent. In desert countries sunshine is predictable and follows a daily pattern, meaning solar can is blessed with a high load factor. In countries such as the UK, solar has a load factor of around 15% compared to offshore wind being able to reach a load factor of 50%, according to Siemens Energy UK & Ireland’s head of strategy Matthew Knight, who describes the load factor of the electricity supply as being “the biggest cost driver of hydrogen from electrolysers”. The company is involved in the H2Future project in Austria, which has been running since 2017 and has seen a 6MW proton exchange membrane electrolysis system installed at the Voestalpine Liz steel plant, going into commercial operation in 2019.

When it comes to the energy costs, and in particular solar, it still seems to be a little unclear what price it would need to generate at to make it truly viable. Whilst Knight says it should be “as low as possible”, he suggests it’s “hard to say” a definitive figure.

Christian Pho Duc, Smartenergy’s managing director of H2 projects, suggests that €50/MWh was “on the higher side and not sufficient for all cases” and that €30/MWh is around “the benchmark today”. However, prices which go below €20/MWh or even €15/MWh are likely to arrive in the next five to ten years. Despite an auction in Portugal that set record lows with prices of €13.9/MWh, “there are no standalone business cases which really work on this price by itself today”, he added.

“If you look into it, nobody right now – even with the nice sun of Portugal – can operate with this €13.9,” Pho Duc says.

This is an extract of an article first published in Volume 25 of PV Tech Power. The full article can be read in the full digital copy of PV Tech Power 24, which can be downloaded via the PV Tech Store here

September 1, 2022
Danish investment firm CIP has reached final close on its new fund, CI ETF I, with US$3 billion for green hydrogen and ammonia investments.