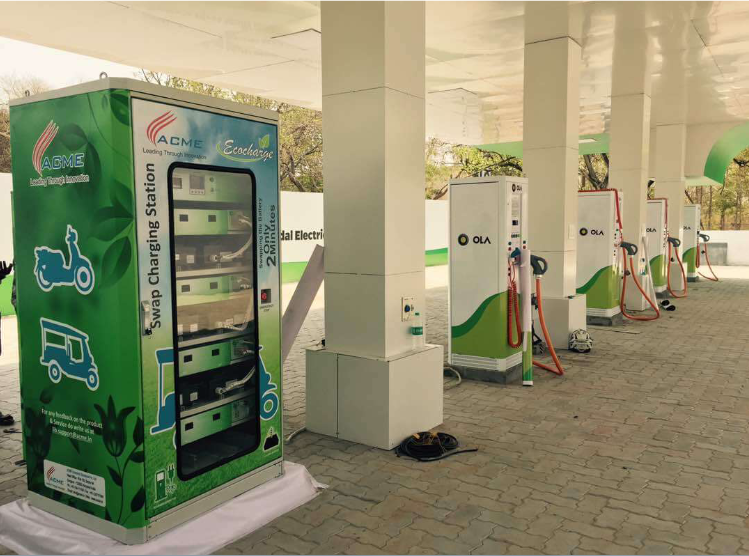 India’s Goods and Services Tax (GST), a single tax applicable across the whole of the country, will be lowered for lithium-ion batteries by 10% in a move which has been welcomed by the India Energy Storage Alliance (IESA).

All goods and services are taxable under the law, which was introduced in 2017. Along with a wide range of other changes, the GST rates on lithium-ion batteries has dropped from 28% to just 18%. In related news, fuel cell vehicles will see their GST reduced from 28% to 12%.

With electric vehicles (EVs), renewable energy integration and commercial and industrial (C&I) diesel replacement providing particularly strong drivers, there are around 20 different applications for energy storage in India today, IESA said in a statement issued yesterday. The trade advocacy group has given a bold estimate that the country’s energy storage market could reach more than 300GWh by 2025.

This rise would be at least partly contingent on India developing several Gigafactories of its own for battery production. At present, battery cells are imported and converted into battery modules by domestic producers.

The cut has been welcomed by IESA director Debi Prasad Dash, who said: “Both electric vehicle and renewable energy industry will be benefited by this step.”

He added that IESA had “sent several letters” to the GST council on the matter as well as discussing it with the likes of the Ministry of Renewable and New Energy (MNRE) and other government agencies.

“It’s a welcome move from the government to reduce GST on lithium-ion batteries from 28% to 18% and will surely accelerate overall decarbonisation objective at the national level. It is indeed a positive development that the government has also cut GST on raw materials for batteries so as to boost domestic manufacturing,” he said.

He went on to say that as one of the world’s leaders in renewable energy deployment, there is great potential to pair this with batteries in India. Adding batteries to the likes of microgrids, large-scale renewable energy generators and hybrid power projects not only improves the “dispatch ability” of such resources but also creates “improved viability” for them, Thakur said.

Need to go further – in line with solar PV equipment

IESA executive director Dr Rahul Walawalkar, himself an advisor to the Indian government MNRE said however that a further reduction in GST to bring batteries and their components in line with electric vehicles (which are taxed at 12%) or solar components (taxed at just 5%) would be “essential to boost energy storage adoption in India”. Walawalkar said this would also help foster investment in manufacturing. Also, according to Walawalkar, it is not just lithium batteries that need this boost.

In agreement with Walawalkar on this point was the senior director for energy storage at Delta Electronics, Hiren Shah, who is also on the leadership team at IESA. Shah said the GST cut was “a welcome move – although 5% [rate] similar to [the] solar industry would have been ideal”.

Hiren Shah added that there are still “some finer points” which need further examination, highlighting for example that “ironically if the lithium- ion battery is sold fitted inside an EV the GST would be 12%.”