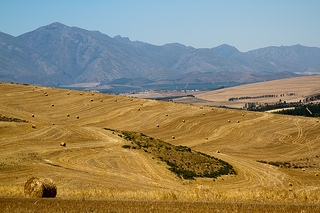 Zambia set a new benchmark for low-cost solar power in Africa on Monday with a competitive auction under the ‘Scaling Solar’ programme, which saw winning bids as low as 6.02 cents/kWh.

The winners of the auction are France’s Neoen SAS and American PV manufacturer First Solar, who jointly bid at just 6.02 cents/kWh, and Enel SA, which bid 7.84 cents/kWh.

“These are the lowest solar power tariffs seen to date in Africa, and among the lowest prices for solar power anywhere in the world—a game changer for Zambia and other countries in the region facing electricity shortages,” said Philippe Le Houérou, IFC’s CEO and executive VP, in a statement. “Scaling Solar is paving the way for governments to deliver fast, cheap, and clean energy – even in relatively small and untested markets—and setting a new regional standard for procuring large-scale solar power.”

Those bids compare with recent solar contract prices of over 7 cents/kWh in South Africa and up to nearly 12 cents in India.

Under those bids, the solar companies already have designs for projects underway. According to a First Solar spokesperson who spoke with PV Tech, First Solar bid for a 47.5MWac project that is scheduled to be completed by mid-2017. The power plant, named after Zambia’s West Lunga National Park, will cover an area of just over 52 hectares. The plant will be located in the Lusaka Multi-Facility Economic Zone, with the International Data Corporation (IDC) retaining a 20% stake in the project.

Furthermore, the energy generated by the plant will be sold to ZESCO, the state-owned utility company, under a 25-year PPA. According to the First Solar spokesperson, the facility will be powered by around 450,000 First Solar modules – which offer up to 6% more energy in Zambia than conventional crystalline silicon modules, due to a superior temperature coefficient, according to the spokesperson.

“By partnering with Neoen and First Solar, Zambia stands to gain from over 14 gigawatts of global renewable energy experience,” said Nasim Khan, First Solar’s VP of business development for Africa, in a statement. “And it is this combined experience that will deliver a world-class power generation asset. Significantly, this project shatters the misperception that low cost energy cannot be delivered with high quality, high performance modules.”

In addition to the offering from Neoen and First Solar, Enel will build a 28MW plant. The new facilities are expected to expand the country’s generating capacity by 5%, providing a clean power source for the country, where a prolonged period of drought had triggered a nation-wide energy crisis, according to the IFC, who have partnered with the World Bank to create the Scaling Solar programme.

Solar power is a welcome solution to Zambia’s recent drought and accompanying energy shortage issues, as the 47.5MW plant alone will “displace the need for 125 million litres of water that would have been consumed by conventional generation,” said the First Solar spokesperson.

The Scaling Solar programme, which aims to develop 1GW of solar power in the next three years, is supported by IFC’s debt financing and the World Bank’s insurance products. As previously reported, Senegal and Madagascar have also benefited from Scaling Solar tenders, which are expected to move to prequalification stage in the coming months.