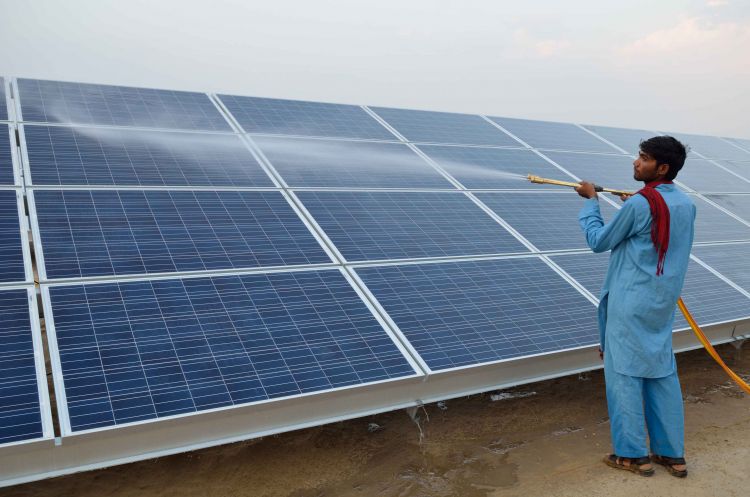 Renewable developers from one of the world’s largest solar markets will be able to apply for time deferrals as they grapple with the COVID-19 fallout, under newly approved government plans.

Over the weekend, India’s Ministry of New and Renewable Energy (MNRE) released a decision ordering state authorities and green energy agencies to treat the spiralling pandemic as a 'force majeure' event, paving the way for the granting of time reprieves to the industry.

The Asian country will now allow developers to apply for longer construction deadlines, provided they show SECI and other agencies evidence that the COVID-19 crisis is impacting their supply flows. Agencies, the government’s decision states, will have to ensure no “double relief” is granted.

In the run-up to the government decision, Indian lawyer Rajdeep Choudhury urged renewable players to “prepare well” their applications for force majeure extensions. “The language of the provision and the facts and circumstances of the affected party will determine the prospects of a successful claim,” said Choudhury, partner at HSA advocates, in a piece penned for Bar and Bench.

India’s COVID-19 reprieve for renewables – an idea first floated in local media reports one month ago – emerges as the crisis threatens to set major bottlenecks with solar components. China, home to the first virus cases, is also thought to supply alone 80% of India’s PV module imports.

Contacted by PV Tech, local operators warned last month that around 3GW of solar projects tendered in 2018 lay at risk of missing commercial operation deadlines for July this year, setting the scene for costly delays and heavy fines.

The granting of COVID-19 relief for green energy operators in India comes as solar representatives urge for similar government support in countries including at least the US, Germany and the Netherlands.

The fast spiralling health emergency adds another obstacle to India’s renewable ambitions. Prior to the COVID-19 outbreak, analysts had warned that the country’s plans to take installed green energy capacity to 175GW by 2022 – up from 82.58GW last September – could be set for failure.

Other analysts have predicted rapid solar growth over the next five years. In new research last month, Bridge to India said installed solar will more than double between 2019 (39GW) and 2024 (82GW), with the latter figure split between utility-scale (50GW), rooftop (16GW) and others.

MNRE’s efforts to shield its renewables sector from the COVID-19 fallout come after it also acted to spare developers from transmission delay costs. Earlier this month, Bridge to India told PV Tech the changes outlined in February would be a “welcome relief” for an “exhausted industry”.

The Indian government decision defines 'force majeure' as follows, based on the Ministry of Finance's Manual for Procurement of Goods, 2017:

“A Force Majeure (FM) means extraordinary events or circumstance beyond human control such as an event described as an act of God (like a natural calamity) or events such as a war, strike, riots, crimes (but not including negligence or wrong-doing, predictable / seasonal rain and any other events specifically excluded in the clause). An FM clause in the contract frees both parties from contractual liability or obligation when prevented by such events from fulfilling their obligations under the contract. An FM clause does not excuse a party's non-performance entirely, but only suspends it for the duration of the FM. The firm has to give notice of FM as soon as it occurs and it cannot be claimed ex-post facto. There may be a FM situation affecting the purchase organisation only. In such a situation, the purchase organisation is to communicate with the supplier along similar lines as above for further necessary action. If the performance in whole or in part or any obligation under this contract is prevented or delayed by any reason of FM for a period exceeding 90 (Ninety) days, either party may at its option terminate the contract without any financial repercussion on either side.”