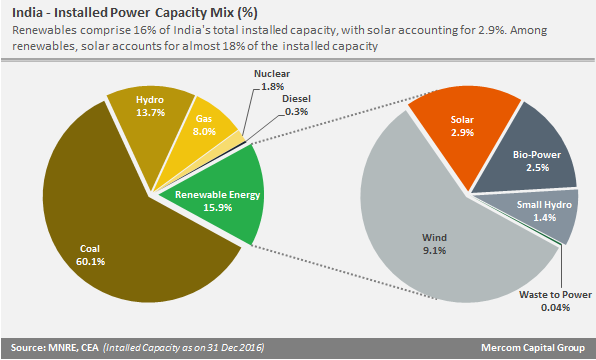 On its way to a targeted 175GW of renewable energy installations by 2022, India has now surpassed 50GW of deployment, according to data from the Ministry of New and Renewable Energy (MNRE).

Solar continues to be deployed at an extreme pace, while the wind sector is being progressed through competitive auctions, said consultancy firm Mercom Capital Group. For example, Solar Energy Corporation of India’s (SECI) first 1GW wind tender was oversubscribed.

Solar accounts for nearly 18% of all renewable energy generation, with Mercom forecasting more than 9GW of deployment to come up in the year 2017.