GST for solar officially confirmed at 5% 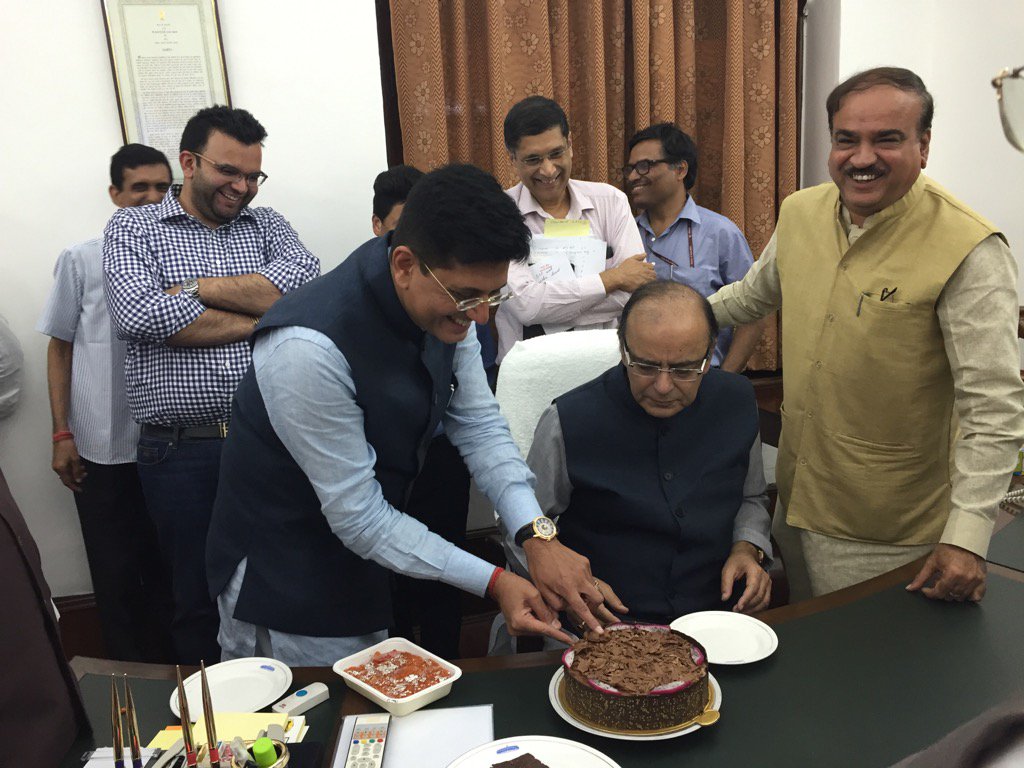 3 June: Indian finance minister Arun Jaitley has confirmed that the Goods and Services Tax (GST) for solar equipment will be set at 5% while at a GST Council meeting held over the weekend.

At Intersolar Europe on Thursday, Piyush Goyal also confirmed the 5% GST, following confusion over an earlier announcement that led to major fears that the rate would be set at 18%. Goyal said: “If anyone has any concerns or doubts, get rid of that doubt.”

While the 5% will impact project developers, it is believed that even some of the lowest tariff projects still have some margins to be gained.

2 June: The State Bank of India (SBI) has approved financing for INR4 billion (US$62 million) worth of rooftop solar projects with private developers.
This would equate to 100MW of grid-connected projects.

SBI has availed a loan of US$625 million from the World Bank for on-lending to viable rooftop projects undertaken by PV developers/aggregators and end-users to install systems on the rooftops of commercial and industrial (C&I) buildings.

Developers that SBI will be financing under this Programme include Azure Power, Amplus, and Cleanmax amongst others. The capacity of the projects and programmes financed range from 25kW to 16MW.

“With the World Bank loan, SBI aims at developing the nascent rooftop solar market. As a tropical country, India has a huge potential to be the leader in the rooftop solar space,” said Karnam Sekar, deputy managing director, SBI. “In order to accelerate demand for rooftop solar systems in the market, SBI has developed financing models that will provide loans at a very competitive pricing with long tenor. Several capacity building measures and awareness programmes are being undertaken to sensitize operating functionaries.”

30 May: The Asian Development Bank (ADB) and the Punjab National Bank (PNB) have signed a US$100 million loan to finance large solar rooftop systems on commercial and industrial (C&I) buildings throughout India.

The PNB will use the ADB funds to make further loans to various developers and end users to install rooftop solar systems.

“With a sharp drop in the price of solar panels, India has a huge potential to expand its use of solar rooftop technologies,” said Kenichi Yokoyama, ADB country director in India. “The programme will contribute to the government’s plans to increase solar power generation capacity and also help India meet the carbon emission reduction target in line with its commitment at the recent global climate change agreement.”