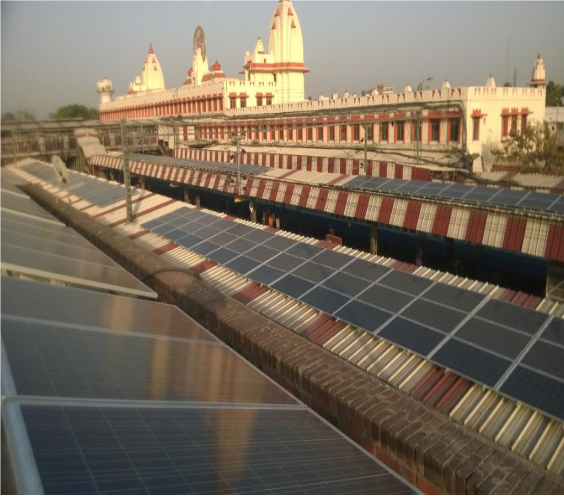 Presenting at the International Conference on Decarbonisation of Indian Railways, Mission Electrification, Prodyut Mukherjee, national technical consultant, UNDP, reported that the target will be realised using vacant Indian Railways land and rooftop space, but it will need greater involvement from the private sector and increased investments as well as innovative low-risk business models.

Indian Railways currently spends a quarter of its income on energy bills amounting to US$5 billion each year. It already accounts for more than 2% of India’s entire electricity consumption, consuming 2.6 billion litres of diesel annually.

The following table shows a basic geographical spread of planned capacity in India, given that assessment of railway solar potential has only been completed in the states of Rajasthan and Gujarat so far:

UNDP has identified 8,500 stations and buildings with solar potential, with around 44,000 hectares of land banks

Indian railways already plans to reach 1GW of solar by 2020 as announced in February 2015. As part of its Vison 2020 scheme, it also plans hundreds of Megawatts of wind power in this period.

In total, 500MW of solar will be placed on rooftops using Central Finance Assistance (CFA) from the Ministry of New and Renewable Energy (MNRE) with the other 500MW set for ground-mount.

Tendering for 50MW of rooftop PV is underway and there are 100MW at the request for proposal stages, issued on 28 September.

There are already 40MW of wind power in operation.