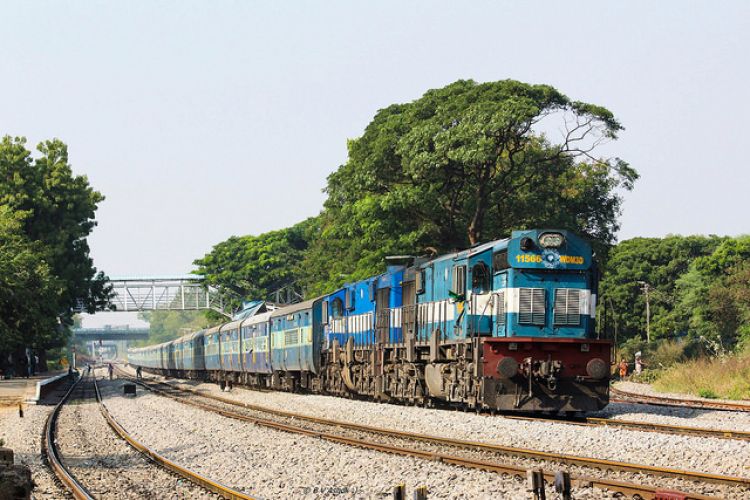 Indian Railways has revealed plans to install 20GW of solar as it ramps up efforts to become a net-zero carbon emitter before 2030. The government-run company, which transports 8 billion passengers per year, said about 51,000 hectares of vacant land is available for solar developments.

Developers recently attended a meeting alongside Indian railways minister Piyush Goyal to discuss innovative solutions for setting up solar projects alongside railway tracks. Bids for 3GW of solar projects on vacant land parcels as well as sections of land alongside railway tracks have already been invited by the Ministry of Railways and Indian Railways joint venture (JV) entity Railway Energy Management Company.

To help in its objective of becoming 100% self-sustainable for all its power needs, Indian Railways has so far installed solar panels at more than 960 stations, including those at Varanasi, New Delhi, Jaipur, Secunderabad, Kolkata and Hyderabad. Orders have also been placed for 198MW of solar rooftop capacity for 550 additional stations.

The developments come after Indian Railways earlier this year announced plans to install 1GW of solar PV and 200MW of wind power by 2021-22 across its Zonal Railways and Production Units. By that deadline, the company will install 500MW across rooftops of its railway buildings, complemented with another 500MW of ground-mount PV.

Indian Railways also said this week it is set to achieve 100% electrification of its rail tracks by 2023.