The SMSL said that pilot production at the US$50 million manufacturing facility in POW-MIA Memorial Parkway, Jacksonville, Florida had started in November 2018. The facility, once ramped would employ more than 200 workers.

JinkoSolar is expected to import the solar cells from its manufacturing operations in South East Asia and China.

“JinkoSolar continues to gain market share in many regions across the globe, including the United States, and this factory will be key to solidifying that strong market position,” said Kangping Chen, CEO of JinkoSolar.

The US anti-dumping Section 201 case rulings by President Trump at the beginning of 2018, had already sparked a renaissance in PV module assembly announcements in the country in 2017 and was a key driver of further announcements in 2018, according to PV Tech’s analysis. 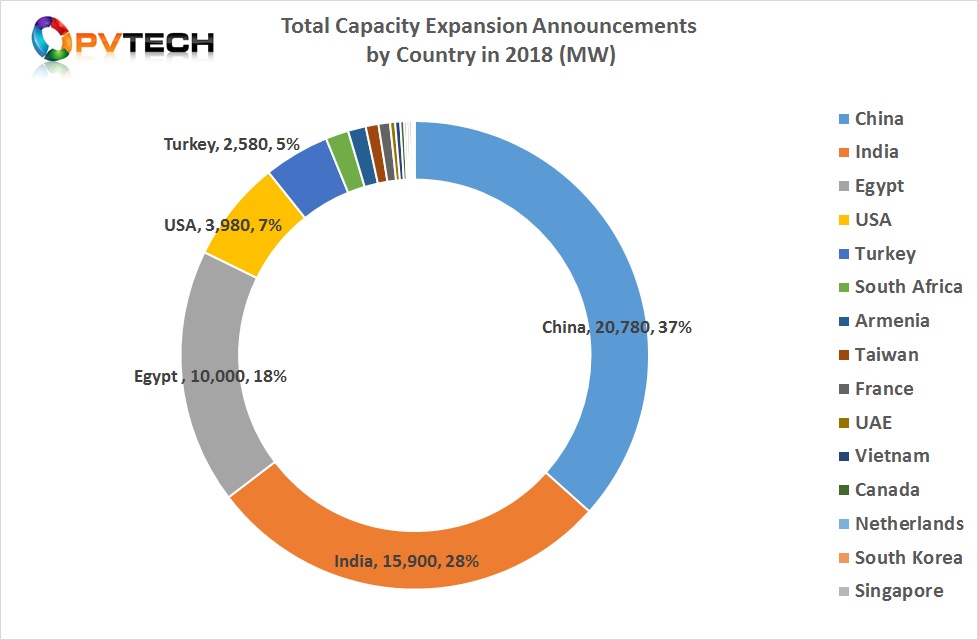 A total of around 2,000MW of new module manufacturing plans were announced for the US in 2017, which increased to almost 4,000MW in 2018. With a downstream market demand of around 10,000MW per-annum major PV manufacturers were forced to establish production bases in the country or were expected to lose a key volume business to rivals that took the decision to produce modules in the country to avoid at least one layer of the initial 30% import tariffs.

Announcements of new capacity plans at existing US manufacturing plants stretched through to November, 2018, which included plans by Canadian module assembly firm, Silfab (150MW estimated) investing in ITEK Solar and Seraphim USA expecting to add 330MW of module capacity at its plant in Mississippi.