LONGi’s Board of Director have approved the investment of approximately RMB 2.021 billion (US$ 286 million) in the construction of a 5GW mono module plant in Zhangzhou, China, dubbed Luzhou Phase II. The project is expected to take around 15 months to complete.

The company also approved another 5GW mono module plant in Xianyang, China in the Xianyang High-tech Industrial Development Zone. The capital expenditure and working capital for the project is expected to be in the region of RMB 1.839 billion (US$ 269.2 million) and take around 15 months to complete.

The third planned investment relates to a new 5GW mono solar cell plant to be located in Xi'an Xincheng City, China at a cost of approximately RMB 2.462 billion (US$ 348.4 million). The project is expected to take around 24 months, according to LONGi.

LONGi did not disclose in documents when the projects were expected to start construction and be completed. 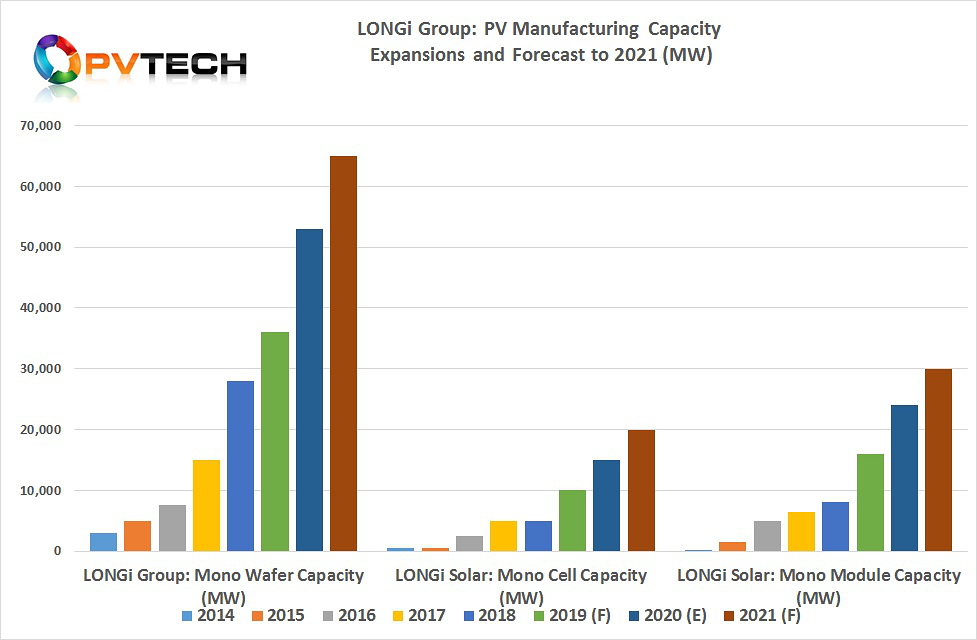