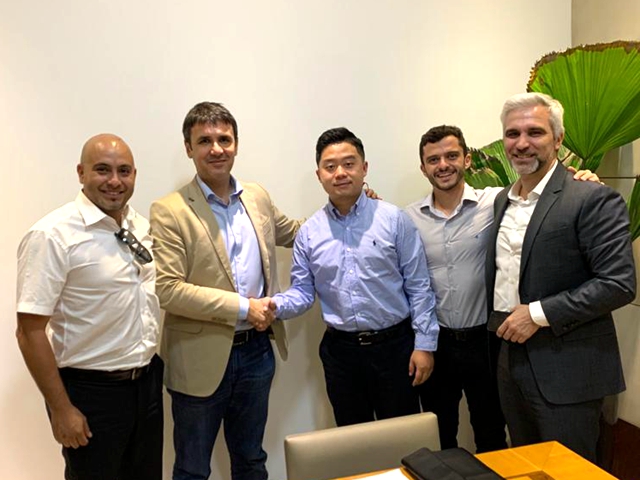 LONGi will see its modules installed across nearly a gigawatt of solar projects in Brazil, the latest such agreement in one of Latin America’s more buoyant PV markets.

On Thursday, the Chinese manufacturer said it will supply 908MW worth of its Hi-MO 4 modules to Brazilian developer Solatio, who will use them for both utility-scale plants and commercial rooftops.

The agreement brings yet another contract milestone to LONGi's Hi-MO 4 modules, which boast M6 (166mm) wafers and come in both mono- and bifacial versions.

Launched at last year’s Intersolar Europe edition in May 2019, the Hi-MO 4 products have since gone on to feature in supply deals inked by LONGi all over the world.

Last September, news emerged that the modules will power a 50MW project developer DLG Solar wants to deploy in Vietnam, in the southeastern province of Ninh Thuan.

In the same month, the Hi-MO 4 modules were earmarked for the Brazilian projects of SICES, a distributed PV specialist headquartered to the west of São Paulo

This second deal will see LONGi ship 200MW of its Hi-MO 4 and Hi-MO X variants every year to SICES's PV ventures in Brazil and other Latin American countries.

The expansion across Latin America, Asia and others saw Hi-MO 4 reach the 2GW sales mark last summer, with LONGi planning to take the product to Europe in Q4 2019.

The LONGi-Solatio deal is set to bring yet more China-made modules to Brazil. The country – which is witnessing solid downstream growth and PV auction records – is increasingly being targeted by Asian makers, who are keen to ship abroad as domestic PV growth falters.

Late last year, PV Tech caught up with another Chinese maker – GCL-SI – over its plans this year to double module sales in Brazil to 500-600MW. Meeting this publication in Suzhou, China, the firm explained it would focus on bifacial products to stand out from low-priced Chinese rivals.

As for LONGi, the contract in Brazil follows a raft of milestones so far this year, including acquiring Vietnamese maker Vina Solar and being the only supplier given an AAA rating by the latest PV ModuleTech Bankability update.