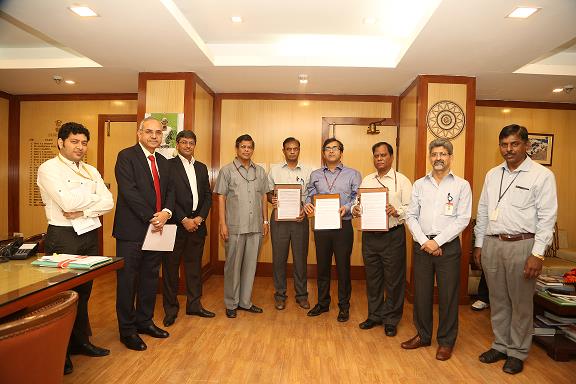 Updated: India’s largest utility NTPC has signed a memorandum of understanding (MoU) for the setting up 50MW of solar power projects combined with battery energy storage near Port Blair in the Andaman and Nicobar Islands.

Surender Raina, general manager, REDG, NTPC, told PV Tech that the firm has floated two tenders on South Andaman, one of 8MW at Chidiyatapu and another 17MW PV project located at Manglutan, which will both have storage added. However the storage capacity will be tendered separately and the amount of capacity will be specified within the tender when it comes out. The 8MW were tendered on 8 October this year.

Raina said: “This is the first tender where we will be going PV plant with the storage.”

He did not mention that NTPC had also invited bids for developers to set up another 18MW grid-connected solar PV project at Chidiyatapu back in June.

On top of NTPC’s capacity, Raina said that Indian state-owned mining and power company Neyveli Lignite Corporation (NLC) is also developing 20MW of solar to be combined with storage on the islands.

Raina said that further land will become available for projects on these islands, as they are currently run on diesel generators and these will eventually have to be replaced with storage and solar.

NTPC signed the MoU for 50MW solar-plus-storage with Andaman & Nicobar Administration and the Ministry of New and Renewable Energy (MNRE) in New Delhi, according to a company release.

NTPC already has a 5MW solar project completed in the Andaman Islands, but this will not be combined with energy storage.

This article has been revised to include comment from NTPC's Surender Raina.