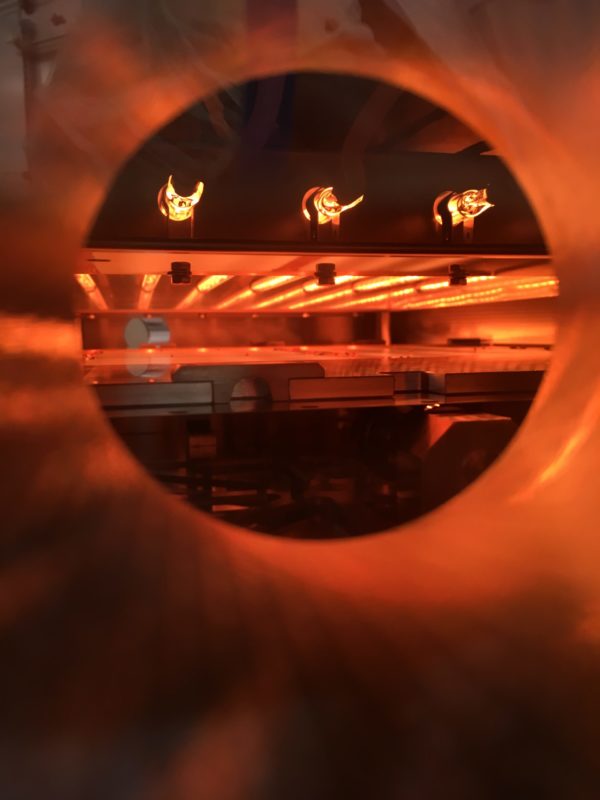 Ahead of the company’s forthcoming talk at the PV CellTech 2018 meeting in Penang, Malaysia on 13-14 March 2018, PV Tech met with Omid Shojaei, the CEO of heterojunction production equipment supplier INDEOtec, to get his thoughts on the new investments and expansions being applied to n-type heterojunction concepts. 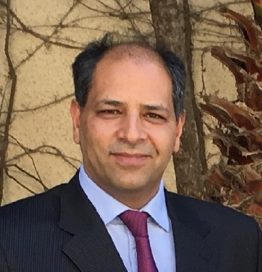 Heterojunction is currently seeing a huge amount of interest today, probably more than ever before. Can you explain why this is happening now?

Most of the people are asking themselves the question: what will come after PERC. We see this general trend in the module business and the power plants; and this is also translated in the cell technologies.

The best way to reduce the LCOE is to increase at the end the efficiency. PERC allows you to go in mass production – not champion cells – with cells to 20.5% or 21%.

With relatively more simple manufacturing steps, one can get up to 23% cell efficiency with heterojunction, lower thermal coefficient and bifaciality at the same time. Therefore I would say that, in general, heterojunction attracts the next investment opportunity after PERC.

The investments appear to be global. We know about some of the main players in China, but what is driving investments elsewhere globally?

We have to see this as an opportunity for newcomers to take a portion of the market since most of the new investments are new and not just an upgrade of existing factories.

In China, there is the strategy of the government and of the Silicon Module Super League to keep the their global market-share, so on the top of heavy investment in PERC, SMSL and also relatively new comers start to set up HJT pilot lines and are investing in the technology. This will soon represent several GWs when fully ramped up after the unavoidable ‘learning curve’.

But if we look outside of China, then Panasonic is of course the inventor of this technology [heterojunction] and they know best the technology and also how to manage the production, which by the way is closer to LCD/FPD manufacturing esprit than to traditional Al-BSF or PERC. Panasonic has several manufacturing lines in Japan and Malaysia and partnered with Tesla for Buffalo factory re-ramp up. So Panasonic would certainly lead the industry at GW scale level and new device technologies.

When looking in Europe and North America, we see very innovative companies  who took the opportunity to transfer their thin-film a-Si factories into heterojunction technology because the most important equipment, PECVD,  can be used without too big modifications. Some upgrades are though needed in the line but feasible and realistic. This covers for example 3Sun in Italy, Hevel in Russia, Sunpreme in the US and few others popping up around the world

What is also interesting is the easiness to do bifacial with heterojunction.

Therefore, it also gives the opportunity for newcomers to enter the market.

INDEOtec has seen strong order success in the past few years. What is differentiating tool supply from INDEOtec compared to other deposition tool suppliers?

Since we have started delivering machines in 2012, and people were waiting to see scientific results and publications, that they give credibility to our solution. Meanwhile we have added few different deposition technologies around our versatile cluster platform such as classic PECVD, high temperature PECVD, Mirror-PECVD and metal sputtering.

We have delivered five systems so far and there are three more in 2018. Our tool is becoming the reference for HJT cell device development in almost all leading research and tech transfer institutes; both the classic PECVD and Mirror-PECVD reactors, used in HJT, are giving repeatable results, in terms of Voc and fill factor with world-class levels. These are the two characteristics that people usually apply to choose a PECVD machine.

On the top of that, a real change for the market, not only do we provide the machines – PECVD and PVD around the OCTOPUS tool platform – but now we also deliver the whole PECVD and PVD process recipes for heterojunction, through a transfer-of-technology frame-work.

This has been delivered to Fraunhofer-ISE and King Abdullah University of Science and Technology, and we could prove in both cases that our recipes are able to achieve more than 22% cell efficiency, which is a very good start.

Through this transfer-of-technology, we save probably one or two years of internal research at the customer side, and they can then go much faster beyond 23%, 24% or even 25%.

So this is an enabler that helps us to compete better in the market.

The mirror allows really to simplify the whole manufacturing steps of the four layers in the PECVD so it allows less handing, and we also have a solution for avoiding of flipping (with the mirror), avoiding cross-contamination.

So basically, instead of manipulating a cell 5 times in the alternative PECVD solutions, in our case, we load it one time and unload it one time, and this brings us a lot of attention at the moment at INDEOtec, and we are in the process of finalizing several orders for OCTOPUS III. 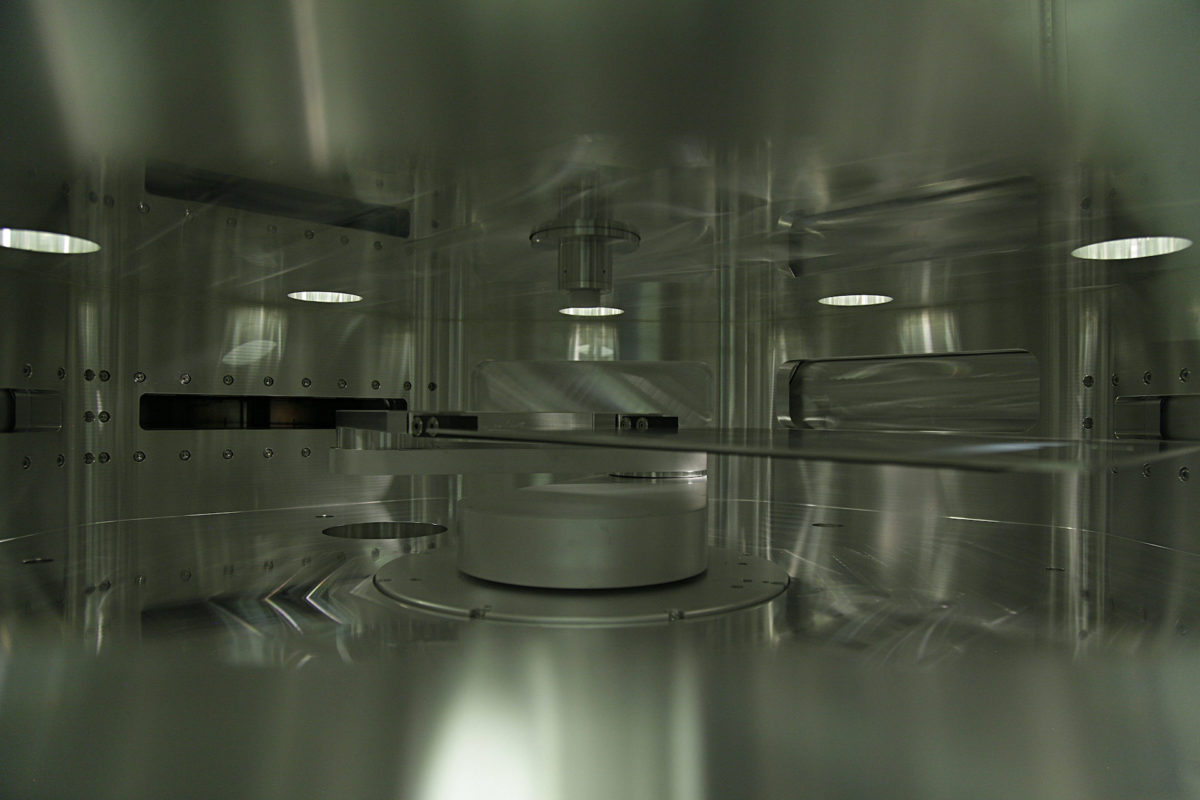 Are the heterojunction cell concepts today similar to Sanyo’s original design? What are the main changes?

If we look at the standard heterojunction, which is, say, with one side, with either silver printing or the smart-wire on the top, then the mono-facial is nothing different than what Panasonic (Sanyo) has been inventing 20 years ago.

Of course, there are also a lot of labs working on improving the cell efficiency.

There are many trends. The easiest trend that we see, and everyone today that is producing heterojunction cells, is bifaciality, where we can increase the electricity that comes out of the module. But, again, this is something that Panasonic has started to do.

The next trend in the technology would be to go to IBC. For the moment, we do not see any special interest from the market to do that, since the bifaciality already brings a lot of added value. While going to IBC, this would increase the complexity of the manufacturing steps.

These are the main trends.

But if we are really to do deeper into each layer, and so on, the goal of everyone is basically to increase the Voc, Fill Factor and the Current; increase the quality of the layer made by PECVD and PVD to improve the contact between the metal and the amorphous silicon, to have a better collection of current.

In general, there is a lot of activity here around the cell architecture, and this is probably going beyond what Panasonic has done in the past.

My talk will have three parts. The whole idea of the talk is to give an overview of heterojunction. The first part will give an update on the latest best cell results, including champion cells in the industry and in the labs.

The second part will concern the latest news in the manufacturing field, in terms of technology and equipment, with an overview of all the steps and all the players. The final part will be to give an update on the status of INDEOtec with the mirror concept and OCTOPUS III.

INDEOtec has been one of the biggest supporters of the PV CellTech events in the past few years. What else do you hope to learn when on-site in Penang?

What is of interest to us, is to have a better feeling for the whole value-chain for heterojunction, including the supply of wafers and the diversity of wafer suppliers.

Omid Shojaei will be presenting during the PV CellTech 2018 meeting in Penang, Malaysia on 13-14 March 2018, on the latest activity in commercial heterojunction expansions, technical approaches, and equipment types being deployed.