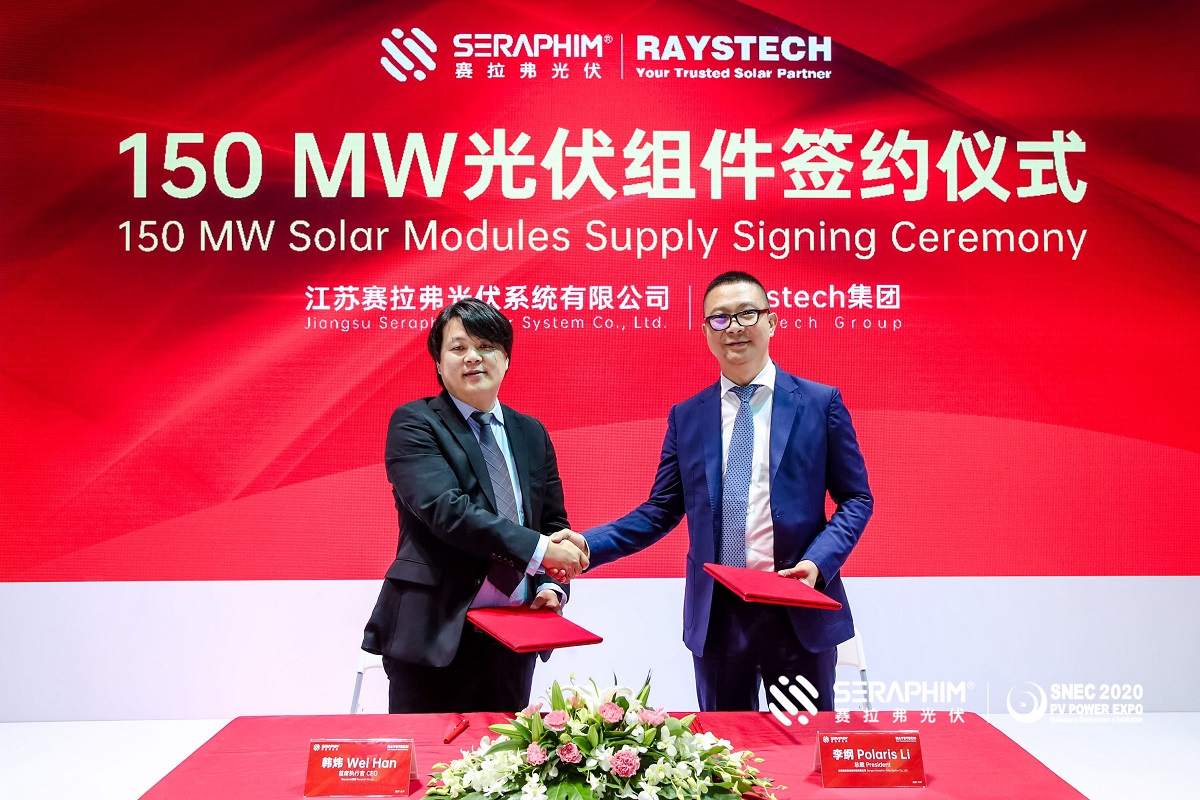 The deal will see Seraphim supply Raystech with its S3 series half-cell modules which have maximum power output of 440W. They integrate 166mm silicon cells alongside multi-busbar and half-cut cell technologies, and have a conversion efficiency in excess of 19.78%.

Having signed an initial agreement for 50MW in June of this year, Raystech has returned to bolster its supply of the module series. Han Wei, chief executive at Raystech, said the collaboration between the two firms would “inject fresh vitality” into the global market.

Raystech ships modules to Australia, New Zealand, Southeast Asia and Europe, and Seraphim president Polaris Li said the company’s distribution network was cause for optimism for the company.

PV Tech continues to report on the latest from SNEC 2020 in Shanghai, China, with members of its editorial team present on the show floor. You can read our coverage of the event here.

14 June 2022
Join us in Napa to unlock the key to reliable PV module supply to the U.S. market in 2022 & 2023. We'll also be gathering the main players in the US solar market for some wine tasting!
module supply, raystech, s3 series, seraphim, snec 2020, wholesale

April 5, 2022
US solar manufacturers can compete with Chinese companies for US PV projects given additional import costs and modules making up less than half a project's costs, while also ensuring a secure supply to the US market, lowering the carbon intensity of products and exploiting strong market demand, says Michael Parr, executive director of the Ultra-Low Carbon Solar Alliance (ULCSA).

March 9, 2022
Concerns have been raised that some solar plants under development in India could be put on hold due to upcoming tariffs threatening their economic viability.