High shipping costs and delayed deliveries have been a thorn in the side of the solar industry since the pandemic started. While delays may soon start to reduce as the Christmas shipping rush tails off, the high freight costs are here to stay for a while yet.

Last time PV Tech Premium provided a shipping update, we examined how the cost of shipping goods had soared, increasing ten-fold in the case of China to Europe and more than doubling to the US, pushing up the price of modules for foreign buyers.

After the initial chaos COVID-19 wrought, the shipping industry adapted and couriers are now charging astronomical prices for their regular services, with no incentive to change the situation, says George Griffiths, global pricing specialist at S&P Global Platts. Meanwhile, outbreaks at ports and unusually high demand throughout the summer months has meant that delays have increased significantly, with 18-day delays for deliveries to Europe and the US now commonplace.

Summer months are usually quieter times for the shipping industry as there are no major shopping holidays and the industry often uses this time to address backlogs, says Griffiths. Not this year, however, as companies around the world have been wary of delays, and in turn lost revenue, in the run up to Christmas. “Because there hasn’t been that break, the situation has just sort of continued to go from bad to worse,” explains Griffiths.

This situation should alleviate soon, however, as the order rush drops off after Christmas. Despite sustained logistical issues across the industry, falling demand should allow some “wiggle room” in a handful of ports, which, hopefully will then spread out along supply chains, he says.

And, crucially, the Chinese national holiday at the start of this month stopped manufacturing and subsequent exports for about two days, says Griffiths, adding that this acted as a circuit breaker, allowing couriers to get back on track.

“And that’s actually given quite a lot of optimism to shipping companies around the world that things can actually get better,” he says.

In addition, planned capacity expansions are due to come online in Q4 2022 or early 2023, with the industry’s current order book amounting to 20% of current global container capacity. “There will be more supply to deal with the [pricing] issue but that’s not going to come online until Q4 next year, so it’s not exactly a quick fix” says Griffiths.

Finally, the United Nations chief António Guterres has urged the shipping industry, which accounts for 3% of global emissions alone, to do more to decarbonise their operations. The International Maritime Organisation (IMO) has set targets for 2030 and 2050 to try and decarbonise, with the 2030 target being a cut in the carbon intensity of all ships by 40%.

Griffiths says this means that ships being built now are having to consider and accommodate alternative forms of fuels, with liquified natural gas (LNG) being one potential “stopgap” that complies with 2030, but not 2050, regulations.

Seeing as LNG would not be in line with 2050 regulations, however, the industry is still searching for alternatives, with ammonia and methanol being potential solutions. The issue becomes the lack of infrastructure at ports to supply such fuel, with a “chicken and egg” situation occurring in the industry as both ports and shipping firms are reluctant to make the first move. 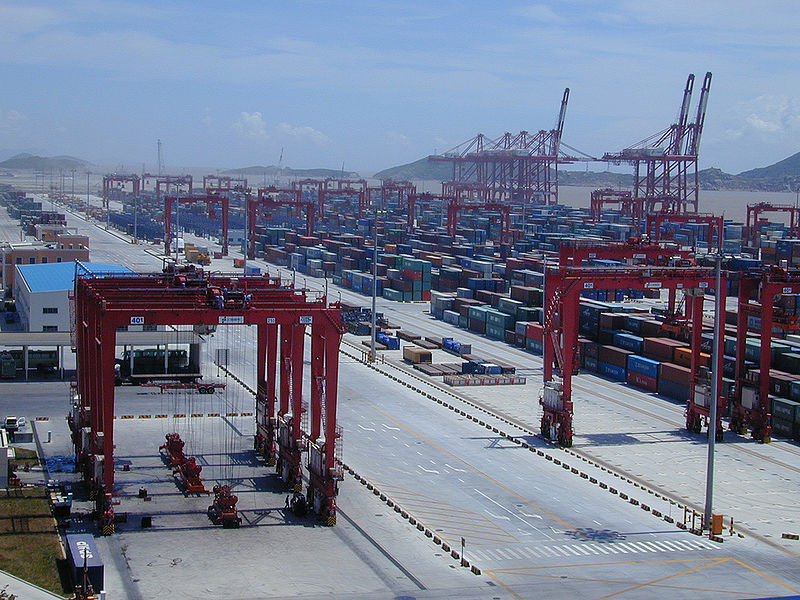 June 14, 2022
Manufacturers in a range of sectors should consider fattening their inventories as quickly as possible to mitigate a prolonged disruption to global supply chains, according to a report.