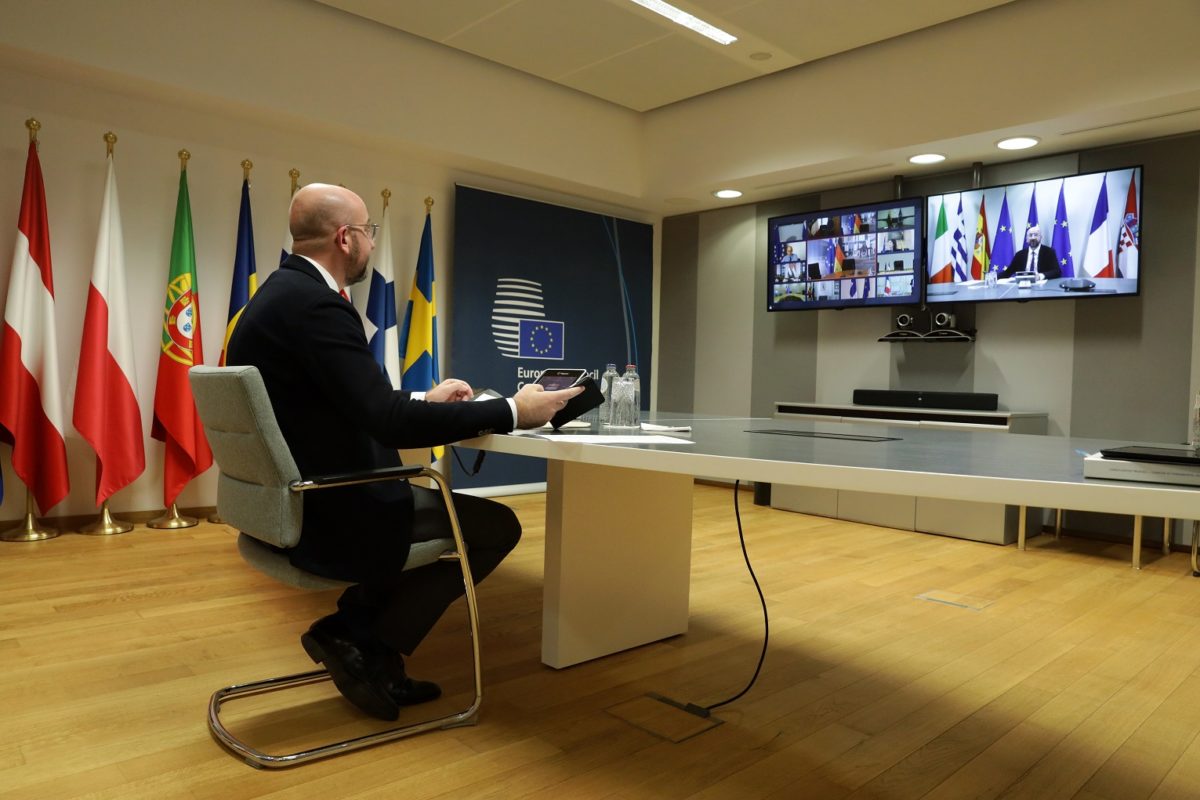 EU solar operators have welcomed a move by the bloc’s leaders to ensure green principles guide the response against the COVID-19 emergency, amid claims PV should be a core part of efforts.

Last week, EU heads of state gathered for a remotely held session of the European Council, during which they agreed that the “green transition and digital transformation” should be integrated into the EU’s yet-to-be-defined plan against the pandemic.

The national leaders used the videoconference to call on EU authorities – including the European Commission, the only body able to propose EU laws – to come up with a new plan for the bloc to bounce back from the crisis which has so far led to hundreds of thousands of cases EU-wide.

Getting back to the “normal functioning” of EU economies and societies and to sustainable growth will require a “coordinated exit strategy, a comprehensive recovery plan and unprecedented investment,” the EU heads of state argued in their joint statement at the end of the session.

Trade body SolarPower Europe said the European Council’s talk of green transition as a post-pandemic priority was a “smart and forward-looking” move. Solar could play a “key role” given that it is the “most job intensive, low-cost and easily deployed” of all renewables, the association argued.

“We are collaborating closely with our members to bring forward concrete proposals with the aim of mitigating the effects of the virus on the European solar sector and boosting new investments across the entire solar industrial value chain,” said Walburga Hemetsberger, CEO of the association.

PV takes up positions in race for European Green Deal

From its initial outbreak in China’s Hubei province, the COVID-19 emergency has taken only a few months to make of Europe another global hotspot. At the time of writing, Italy numbered 97,689 cases, followed by Spain’s 80,110, Germany’s 62,435 and France’s 40,723.

From Germany to Italy, the Netherlands or France, the continent’s top solar markets have started to report worsening impacts as the bottlenecks with PV component shipments from China combine with widespread lockdown measures on European soil.

Some governments have acted to counter the fallout, chiefly by easing the rules applying to auction-backed projects. Germany has paralysed commissioning deadlines, while France and Portugal have both opted to postpone solar tender timetables for the time being.

Prior to COVID-19’s arrival, EU policymakers had already been busy working to realign the bloc’s economy according to green principles. Proposed last December, the so-called European Green Deal would have Europe invest €1 trillion towards the sustainable economy over the coming decade.

Represented by SolarPower Europe, the industry has been largely appreciative of the EU’s green finance push, as well as its efforts to foster an installation boom by forcing countries to set and deliver on renewable targets for 2030.

The sector has also worked behind the scenes to support a roadmap likely to touch on renewables more directly. Presented in early March 2020, the new industrial strategy will try and fuel green growth by creating an Alliance of Low-Carbon Industries, a European Innovation Council and others.