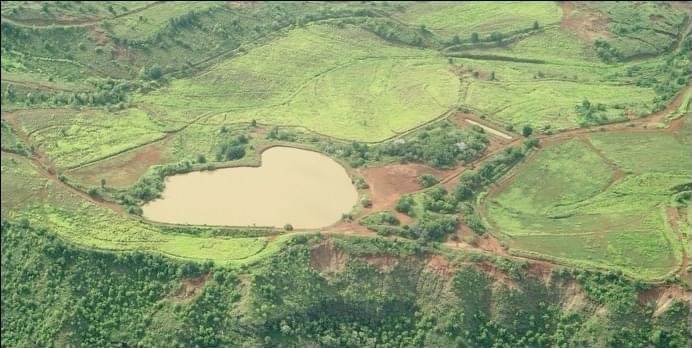 A large-scale solar PV system paired with pumped hydro energy storage could cover as much as 25% of the Hawaiian island of Kaua’i’s energy demand, pushing the island’s total share of renewables in its energy mix past 80%.

A power purchase agreement (PPA) has been signed for the West Kaua’i Energy Project (WKEP) between local electric utility Kaua’i Island Utility Cooperative (KIUC) and energy company AES Corporation and was filed for approval with the Hawaii Public Utilties Commission on 31 December 2020.

The island, with a population of around 70,000 people, already reached 55% renewable energy by the end of 2019. The WKEP project, which will combine a 35MW solar PV system with 240MWh of pumped hydro storage, will take that percentage much further. The facility will also include some battery storage to help control the time-shifting of stored solar energy into the island’s evening peak as well as hydropower generation to contribute further renewable generation capacity.

According to KIUC, the system will at times allow Kaua’i to run on “100% renewable energy for prolonged periods without sunlight” as well as helping balance variable solar generation on the grid, adding stability to the network. It will also be used to supply irrigation water to agricultural production on state-owned lands and increase water flow to Kaua’i’s Waimea River, which has been a priority of the Commission on Water Resources since 2017.

With the pumped hydro facility capable of outputting 24MW of power on average each day and storing energy for up to 12 hours, as well as helping the local utility meet evening peak demand as solar production tails off, it will also be able to cover night-time periods that solar-plus-storage projects using electrochemical batteries such as lithium-ion cannot.

Hawaii has long been the US state with the highest amount of solar capacity deployed per capita of population, in part because the high cost and environmental impacts of importing diesel to generate electricity have meant renewables are both environmentally beneficial and economically viable for the region.

The state is targeting 100% renewable energy by 2045. State utility Hawaiian Electric, which serves 1.4 million customers – around 95% of Hawaii’s population – that live on its other islands last year tendered for 460MW of solar and about 3GWh of battery energy storage, including solar-plus-storage and standalone storage projects, in the islands of O’ahu and Maui.

The islands have also been installing solar-plus-battery projects over the past few years that help meet that evening peak. Along with Tesla’s delivery of one of the first ‘dispatchable’ large-scale solar plants in the US, this includes two projects the Kaua’i cooperative has deployed in partnership already with AES Corporation, one of 20MW and another of 14MW solar capacity.

In addition, a 28W solar 20MW / 100MWh battery project through AES subsidiary AES Distributed Energy with KIUC broke ground in 2018, from which energy will be delivered to the grid at US$0.11 per kWh, significantly below the cost of electricity from diesel.

KIUC president and CEO David Bissell described the new project in win-win terms: the facility “will operate at a cost that will benefit KIUC’s members for decades,” Bissell said, as well as stabilising electricity rate costs, move the island beyond 80% renewable energy, and “open up dormant agricultural lands for production”.

The project’s scope also encompasses rehabilitation of three reservoirs and related infrastructure, which Bissell said not only helps increase public access and recreational opportunities on those reservoirs but also adds resources that first responders can call on in the event of wildfires.

KIUC said that a draft environmental assessment is expected to be filed with the US Department of Land and Natural Resources during this quarter, with environmental studies for the project ongoing.

“This project’s integration of pump storage hydropower with large-scale solar power is unique in the energy industry. Working with AES helps keep this important project moving forward while minimising risk to our cooperative,” David Bissell said.

“We look forward to continuing to work with the Kaua‘i community and stakeholders to develop this project responsibly, and to realise the agricultural, economic, and environmental benefits the project offers,” AES Clean Energy’s chief development officer Woody Rubin said.

October 28, 2021
A round-up of the latest news from the US solar market, including a new Lightsource bp project in Colorado, CenterPoint’s PV expansion in Indiana and another solar power purchase agreement (PPA) from Facebook.

October 11, 2021
Independent power producer Nexif Energy has secured a ten-year power supply agreement (PSA) for a 75MWp solar plant to be constructed in the Philippines.