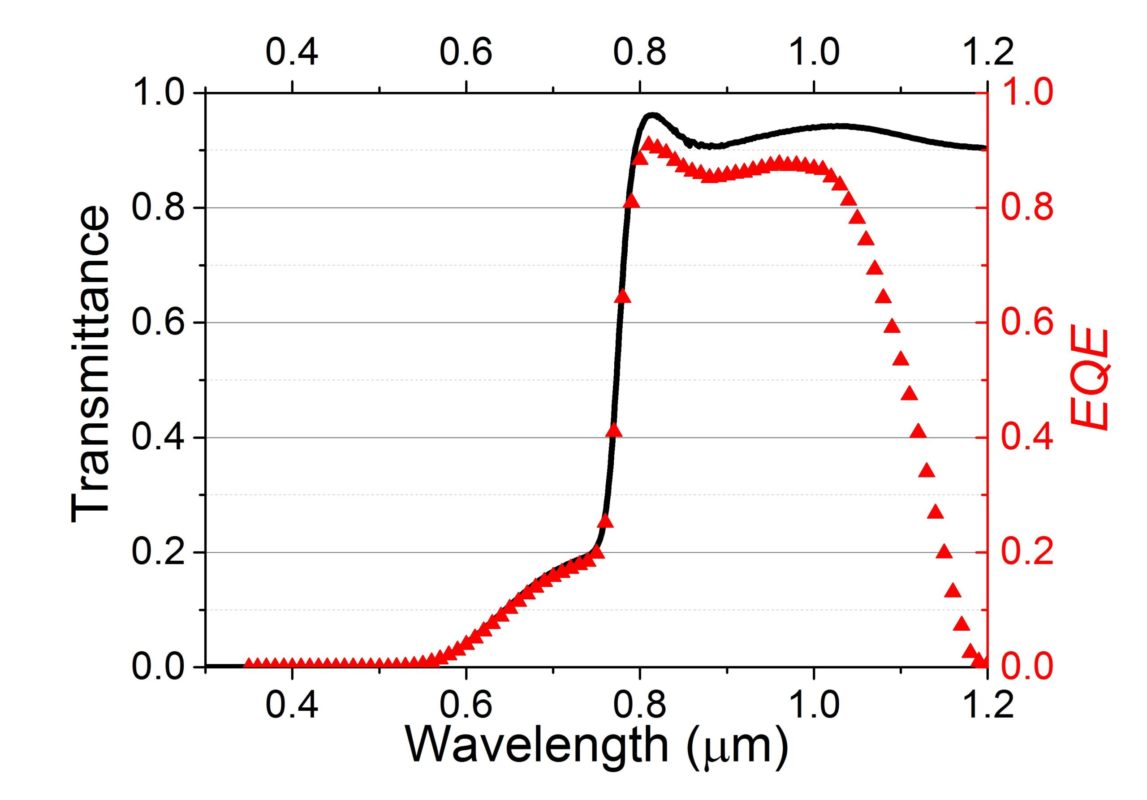 Researchers at Solliance and ECN have fabricated a 6 inch industrially processed c-Si cell with a perovskite top layer that is mechanically stacked using ECN’s MWT-SHJ (metal-wrap-through silicon heterojunction) design that has achieved conversion efficiencies of 26.3%. The work was publicised during the Silicon PV/nPV conference, in Lausanne, Switzerland.

The research partners noted that the tandem perovskite solar cell combines good cell efficiency with a very high near infrared transparency of 93%, an increase of 3.6 percentage points over the efficiency of the directly illuminated silicon cell laminate.

The semi-transparent top cell was combined with a 6 inch size MWT-SHJ c-Si cell of 22.7% encapsulated cell efficiency and was processed by Choshu Industry Co in collaboration with ECN. This bottom cell contributes 9.9 percentage points to the tandem cell efficiency, according to ECN.

“By optimizing the ITO (indium tin oxide) composition and deposition conditions as well as careful design of the anti-reflection coating (ARC), an extremely high transparency is achieved for the top electrode, despite the low temperature process window,” noted Dong Zhang, researcher at Solliance “Using this ITO, with a sheet resistance as low as 40 Ohm per square, a perovskite photovoltaic cell was made with an average transmittance in the relevant near infrared wavelength range (800 – 1200 nm) of 93 %. This is significantly higher than the state of the art, which is below 85%. To put this into perspective, the same glass sheet without ARC but with perovskite cell has a transparency in this wavelength range of around 92%.

Sjoerd Veenstra, program manager Perovskite Solar Cells at Solliance added, “Scaling up from a laboratory scale to an industrial process is one major barrier for a successful implementation of a new promising development. Therefore Solliance employs different scales in development. Now that the device was proven with spin coated layers, we use pilot scale equipment provided by our industrial partners to scale it to a viable industrial production process. Also the expertise of industrial partners of Solliance in sheet-to-sheet spatial ALD and laser interconnection of thin film cells is used to scale-up the technology to 30×30 cm2 demonstration modules.”

ECN also said that it was working to further optimize the bottom cells and the module integration to obtain higher conversion efficiency as well as reliability. Using conventional cells ECN said it would also be working to lower production cost to match the market requirements for tandem applications. 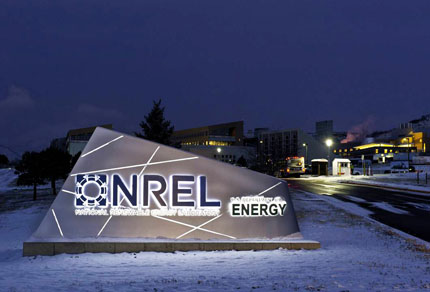