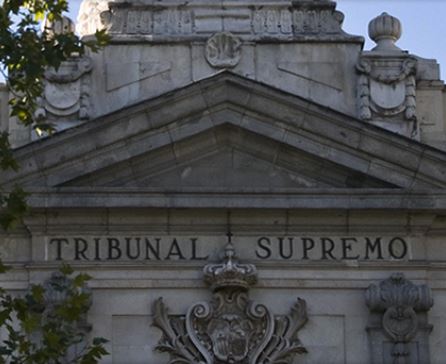 Spain’s Supreme Court has ruled against appeals claiming that the Popular Party’s cutbacks on the feed-in-tariff (FiTs) for solar in 2013 and 2014 were retroactive.

The first judgments on Wednesday related to three appeals, however, there are still another 300 appeals pending. The cases regarded historic changes to the solar subsidy system. The main system was introduced in 2007, allowing a choice between a FiT or a premium, but from 2010 onwards the government applied several limited cutbacks to the tariffs.

However, in 2013, the government altered the system away from FiTs to make solar installers receive money in relation to the installed capacity of their solar systems rather than for the amount of energy they produced.

Daniel Pérez, attorney at Holtrop S.L.P, a law firm that will be representing one of the pending appeals, told PV Tech that around 80% of the money received for PV capacity was then brought under the capacity mechanism, leaving just 20% of the rewards still based on production of electricity. This meant that producers who had invested more in their solar systems, installing better panels or trackers in order to maximise efficiency, were no longer rewarded for that.

The Supreme Court has now ruled that solar households in this particular case should “have foreseen” the policy changes.

The National Association of Photovoltaic Energy Producers (ANPIER) said the decision was “a sad milestone” in the history of the court.

President of Anpier, Miguel Angel Martinez-Aroca, also said that the Official Gazette and the material supplied by the Ministry of Industry to attract investments from families and banks in solar had failed to warn of any potential retroactive cuts.

He asked: “How as a normal citizen are you going to see the risk?”

However, Perez added that a significant number of people have reacted strongly against this latest Supreme Court decision in Spain. Meanwhile, there was some hope in the ruling, given that three out of the seven judges voted against the decision and presented very strong dissenting opinions, saying that the cutbacks were in fact retroactive and they breached the legitimate expectations of producers and should be declared void.

Perez added: “We lost, but it was a sweet way of losing. We had three out of seven saying that we were right.”

He said the Supreme Court tends to unanimously vote against the interests of solar, so the four-to-three loss will actually make it easier to appeal the judgment in the Constitutional Court, which is the next step.

Oxygen from the Supreme Court

In a separate case in May, the Supreme Court ruled that solar PV companies and investors in one specific case should be compensated by the Spanish administration over historic amendments to the FiT policy for new installations. This was welcomed by law firms and solar stakeholders, who claimed it may set a precedent for future cases, in a nation where the majority of legal cases of late have seen solar losing out.

At the time, Perez said it was “a bit of oxygen for future decisions”.

This article has been revised to say that 80% of the rewards received by PV system owners was brought under a capacity mechanism in 2013.