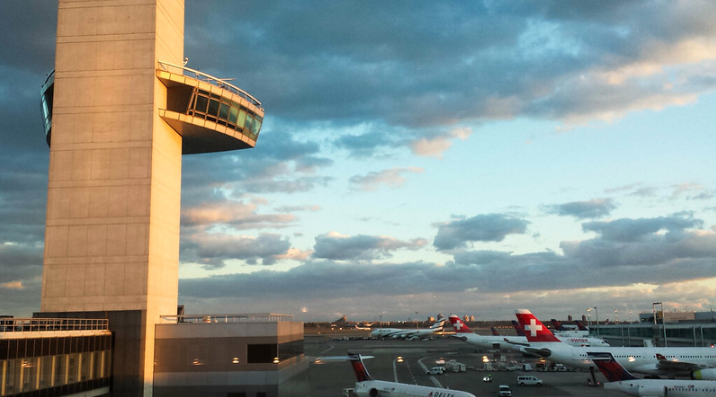 The Port Authority of New York and New Jersey announced that the 13MW system, developed in partnership with the New York Power Authority (NYPA), would include 7.5MW of battery storage.

The plant also features a 6.1MW community solar facility to help the surrounding airport communities to access clean energy at reduced rates, with the rest of the solar power produced to be used onsite at JFK, offsetting the Port Authority’s purchase of conventional power from the grid. The project is also billed as the largest planned community solar venture ever seen at a US airport.

SunPower, which recently announced a spin-off of most of its manufacturing operations into a separate public listed entity, will develop and construct the infrastructure at JFK, while financial partner, Goldman Sachs Renewable Power Group, will hold the power purchase agreement. BlueWave Solar will manage the associated subscriptions and billing of the surrounding airport community.

“As the first transportation agency in the country to embrace the Paris Climate Agreement, the Port Authority is committed to integrating clean energy technology at all of its facilities,” said Port Authority chairman Kevin O’Toole.

The project will see 1.1MW of rooftop PV installed on Building 141 and more than 13MW of solar and around 7.5MW of energy storage on Long Term Parking Lot 9. This will help to reduce the Port Authority’s greenhouse gas emissions at JFK by approximately 10%.

The JFK renewable energy program is part of the Port Authority’s goal of reducing its greenhouse gas emissions by 35% by 2025. New York recently led a coalition of 22 US states and seven local governments in suing the Trump Administration's Environmental Protection Agency (EPA) over its “Affordable Clean Energy” (ACE) plan.