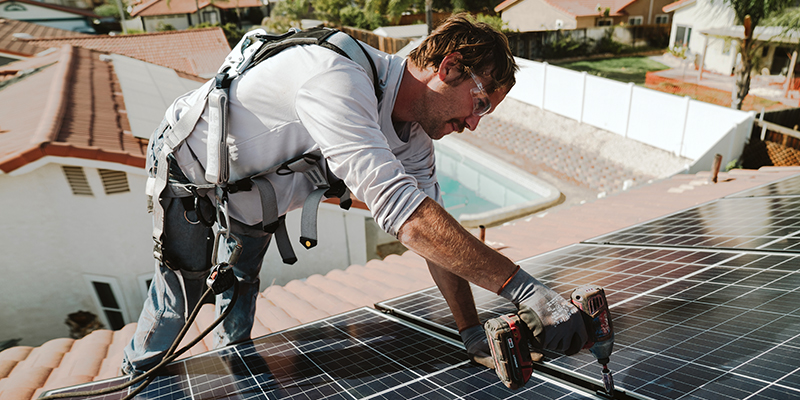 US solar installer Freedom Forever has partnered with residential solar and battery storage leader Sunrun to incorporate the company’s products into its own service.

Freedom Forever’s sales dealers will provide Sunrun’s solar and home battery storage offering to consumers in 20 US states for the next three years.

The announcement comes after a rapid scale-up for the installation contractor last year.

Brett Bouchy, chief executive of Freedom Forever, said that Sunrun has been “integral” to Freedom Forever’s business, which has expanded into 13 new states over the course of 2020. The company said earlier this month it had also increased its workforce by more than 65%, installing roughly 102MW of capacity.

The extended partnership will strengthen Sunrun’s presence in existing markets, with a few to further expansion in future, according to a statement on the deal.

“We are excited to strengthen our combined efforts to fuel our expected growth into many additional states nationwide by the end of 2021,” Bouchy said.

Derek Noble, Sunrun’s vice president pf channel sales, said the contractor will allow both businesses to “grow together into the future, bringing a top-quality product to consumers.”

Sunrun reported a 40% surge in installs in the third quarter of last year, with about 109MW of residential solar in place equivalent to around 14,700 new customers, and completed the acquisition of residential installer Vivant Solar last October, placing the company in a healthy lead over the wider US residential market. The company also expanded the reach of its energy storage portfolio last year. Its Brightbox residential storage solution, which bundles equipment from providers, was made available in all of its key markets last year.

As well as its growth in purely residential energy solutions, Sunrun announced plans in November to work with California utility Southern California Edison to aggregate home solar-plus-storage systems into a virtual power plant (VPP) that could provide 5MW of grid support.

Lynn Jurich, chief executive and co-founder of Sunrun, said that the latest deal with Freedom Forever would “bring more peace of mind to homeowners across the United States with our industry-leading solar and battery service products.”

6 June 2023
Join us in Napa to unlock the key to reliable PV module supply to the U.S. market in 2023 & 2024. We'll also be gathering the main players in the US solar market for some wine tasting!
behin the meter, behind the meter, brightbox, forever freedom, freedom forever, residential solar, residential storage, sunrun, us solar