After several months of lacklustre sales from many key PV manufacturers in Taiwan, indicating an expected boom in China’s downstream PV market had yet to gain momentum, March sales data indicates improving market demand, yet not at the levels seen in the prior year quarter.

The monthly sales figures in March, 2017 and the first quarter of 2017, tentatively indicates a recovery in demand for a host of Taiwan-based solar companies. This would also seem to be inline with several major upstream Chinese manufacturers projecting China’s downstream demand will be near 2016 levels but more evenly distributed through the year and reaching around 30GW installed in 2017.

This would be in contrast to around 20GW installed in China in the first half of 2016 and around 13.5GW in the second half of the year.

However, demand would seem to have remained lacklustre in the first quarter, indicating key markets such as China and India had been soft during the period and contributed to continued ASP pressure across the supply chain.

Integrated PV manufacturer Sino-American Silicon (SAS) has reported sales increasing 17.36% month-on-month and over 100% higher from the prior year period. 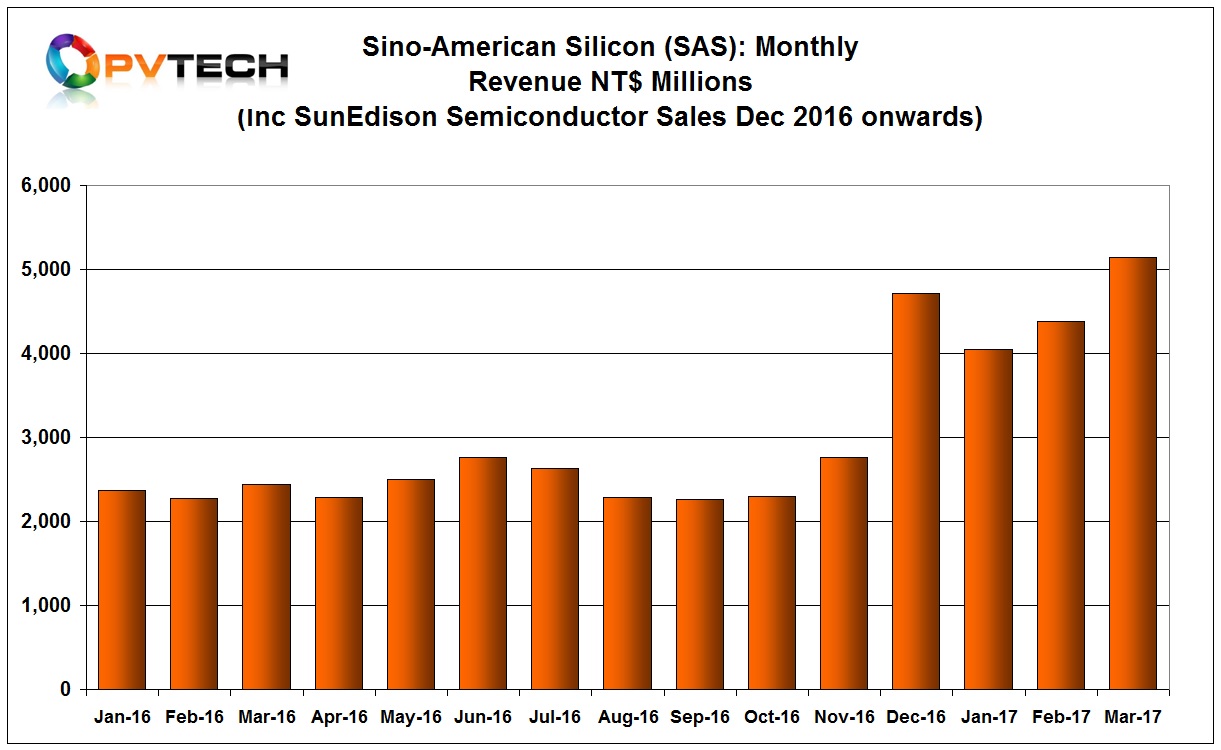 Multicrystalline wafer producer Green Energy Technology (GET) sales have trended moderately upwards since the beginning of 2017.

The company noted that ingot/wafer production utilisation rates stood at 90% in March. GET also noted that demand in China would be better in the middle of the year. 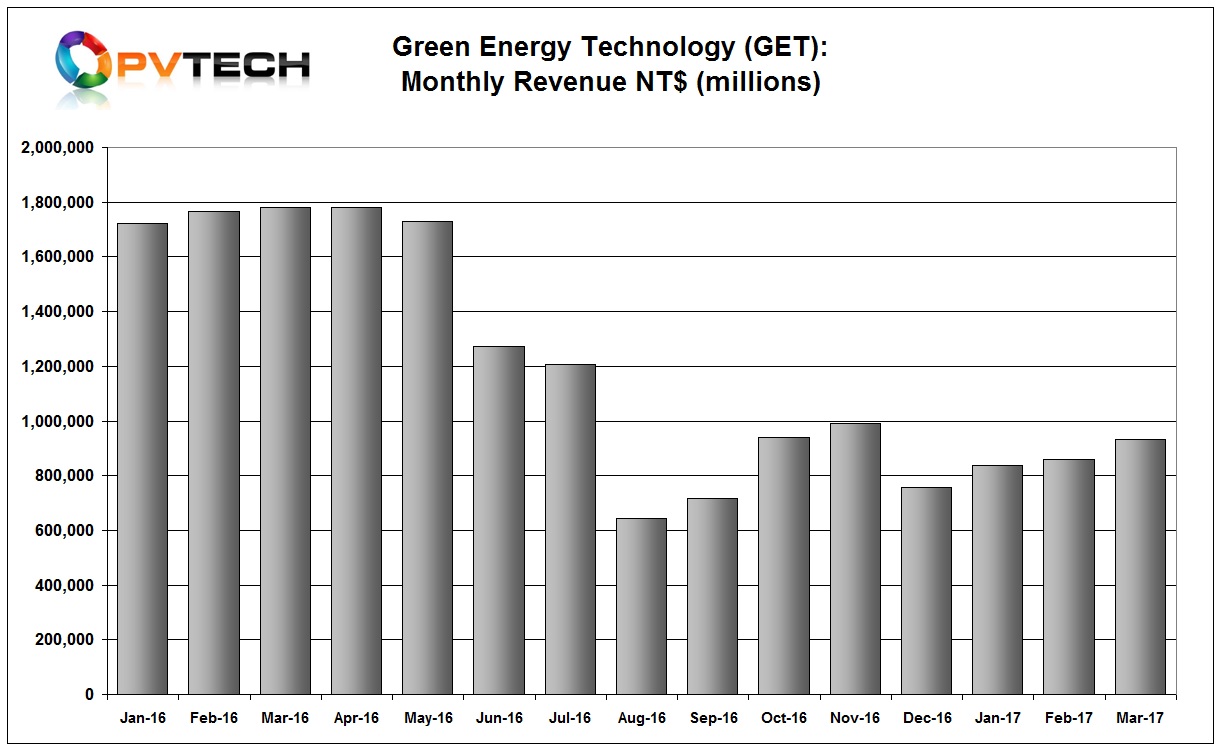 Merchant solar cell and module producer Gintech Energy reported a reasonable increase in sales in March after sales were flat in the first two months of 2017. 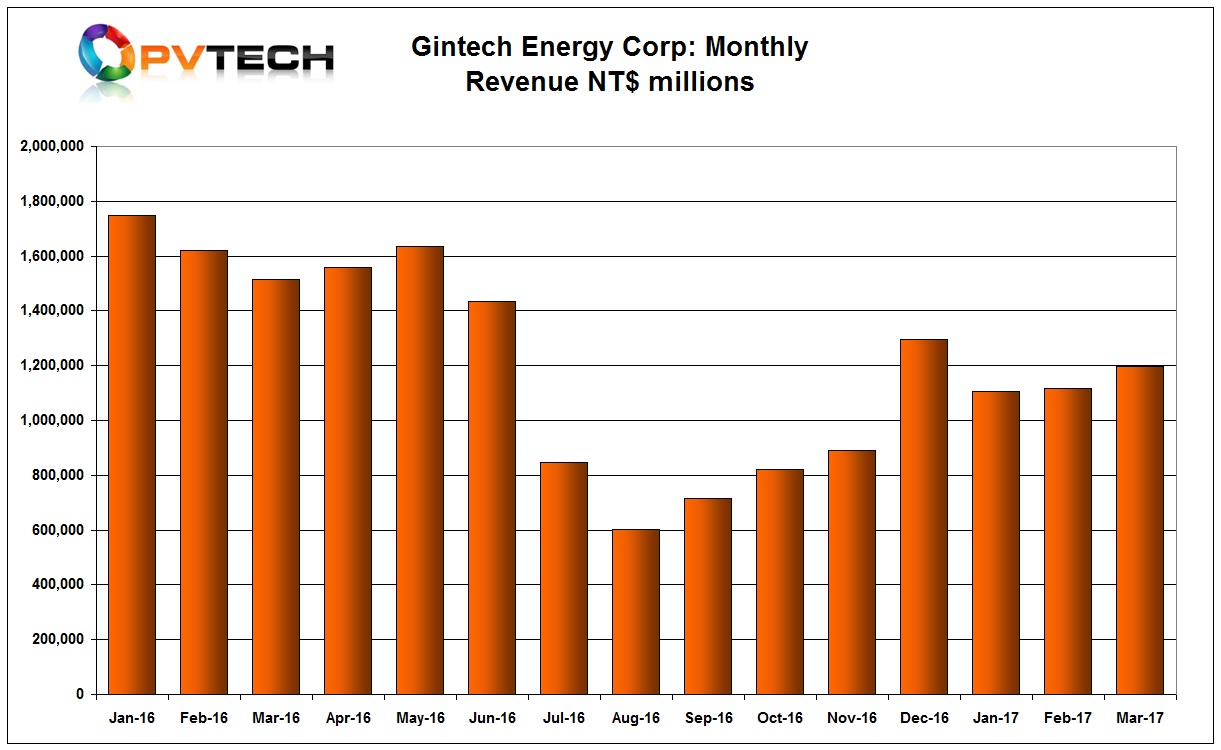 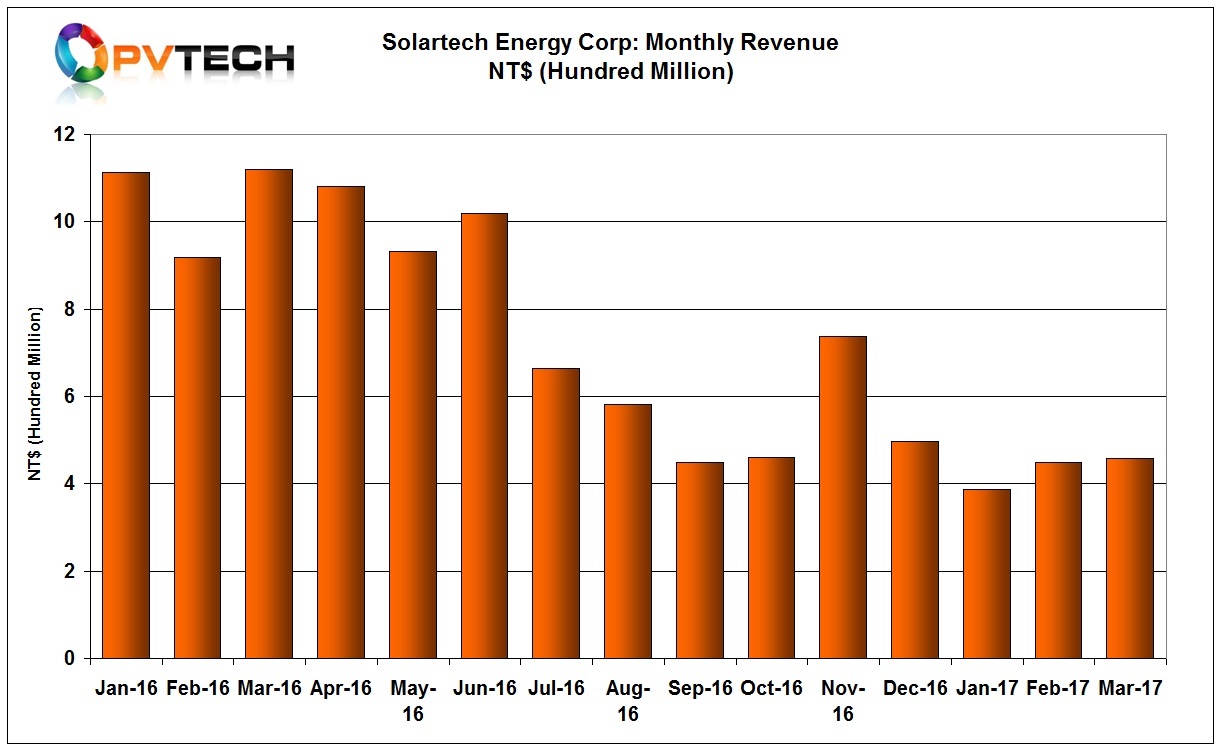 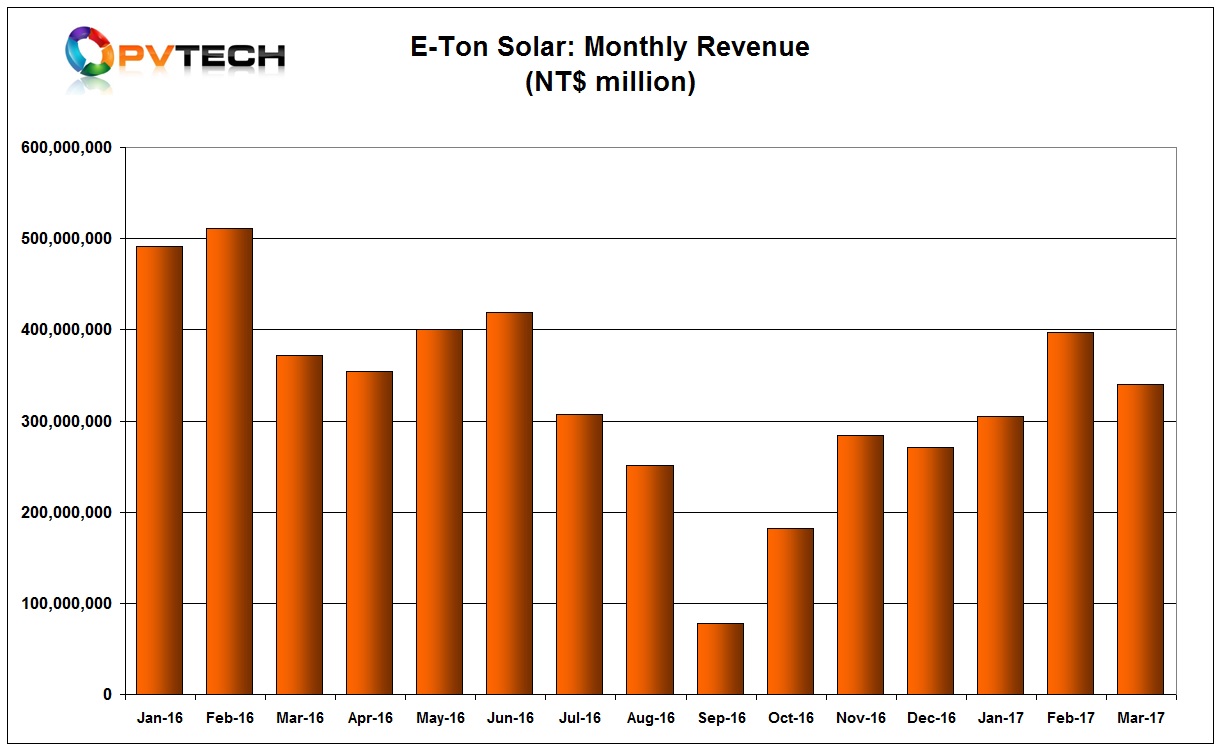 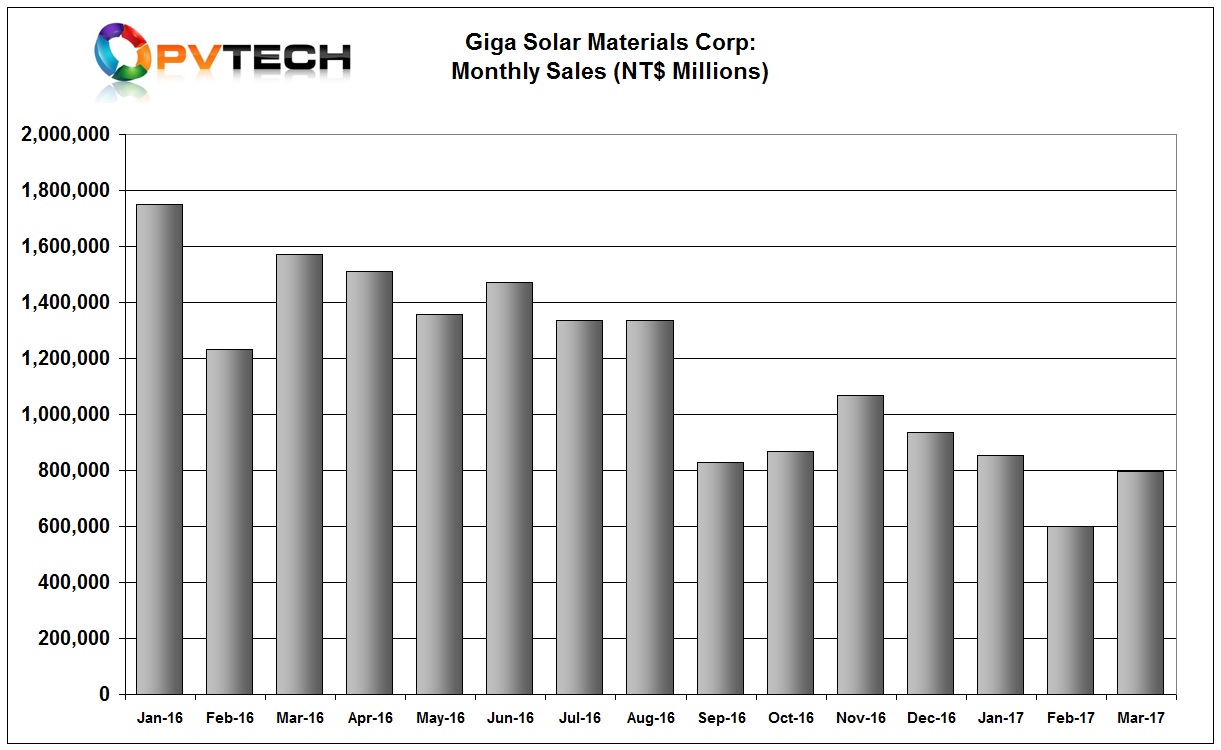