The risks and returns of African PV 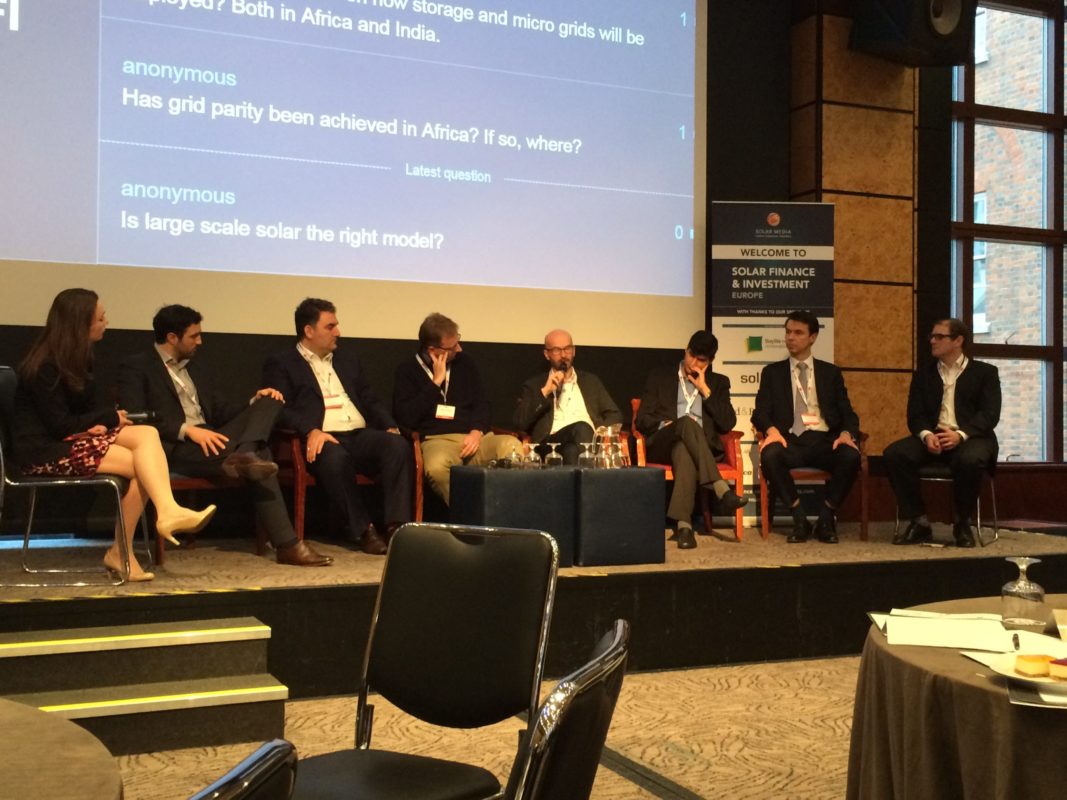 Investors from Solarcentury and Actis imparted wisdom on how to manage the risks and reap the benefits of African PV at Solar Media’s Solar Finance & Investment Europe event.

Africa is still a difficult solar nut to crack, given its grid limitations and lack of appropriate government policy. However, the chronic lack of electricity access and its high irradiation hours means that solar is an ideal and much needed solution to the continent’s electricity access problem.

Despite being a rockier proposition than elsewhere on the globe, additional layers of scrutiny and proven means of risk management demonstrate that there are the necessary formalities in place to build a stable solar sector, as demonstrated by the progress made by South African PV. There is also plenty of demand.

James Mittell, investment director at Actis emphasised patience is key given that the investor cycle in Africa is a lot longer than the standard year for projects elsewhere on the globe, and further that the typical equity returns might not look as high as expected.

“Africa is more risky so yields higher returns than in the UK. There is also a trend of increasing competition in Africa – which might be indicative of investors moving elsewhere.”

However, Africa is a big continent with 54 countries, so the broad brush approach is not appropriate here. Returns will be unique to a given country. South Africa, for example, is one of the stronger PV markets, accounting for 65% of the continent’s cumulative installed capacity at approximately 1.4GW, according to IRENA.

The country’s successful Renewable Energy Independent Power Procure Procurement Programme (REIPPPP) has elevated returns on solar projects from being “frontier” back in 2011 to “guaranteed and safe,” according to Mittell, who depicts returns at 12-14% IRR on a rand basis; constituting “the lowest you’ll see across Africa.”

With the rise of corporate PPAs across the continent, with Nigeria being the latest market to enter this field, the scale of PV projects is rising slowly from the smaller-scale solar that was previously warranted due to grids being generally unable to integrate anything more than 10MW.

While the corporate PPA means larger-scale solar is developing through various tenders, one problem this brings is currency risk. “Tenders won’t be a huge market but it will bring decent scale stuff,” said Mittell. “It is difficult to get over that currency risk, given the depreciation in emerging market currencies, and who takes on that risk? These problems make the process slow moving.”

Solarcentury’s head of Africa Business and Project development Tassos Christakis acquiesced with this point, citing the IFC’s Scaling Solar tender in Zambia, which achieved some of the lowest tariffs ever seen in PV at sub 6.02 cents/kWh.

“Mining in Zambia took a big hit, which opened up the way for more renewables. But even with long-term PPAs, most want 10 years, which ends up being a vicious cycle because you need to pay more to make returns over 10 years.”

South Africa on the other hand is a favourable market as its tenders are available in local currency funding, meaning the tariff is indexed to local currency. 70% of the debt is in local currency with 30% equity in dollars, and all the inflation going to equity. For these reasons, most investors are comfortable with the currency ‘risk’ in South Africa. But at the end of the day, the exchange risk is something an investor will have to shoulder as it cannot be completely alleviated, explained Christakis. South Africa is also an ideal market not only for its bankability, but its rare local content requirement.

“This is a positive because you embrace local community, but at the shareholder level this can cause problems,” said Christakis. “There are not many countries in Sub Saharan Africa with a local content requirement. It’s all about scale and has to be in a category where you have operation already. It is a logistical nightmare to make it happen if you are not in the country already.”

Corporate PPAs aside, the risk is still prevalent as development financial institutions (DFIs) which are the main financiers in the African market, still require the same guarantees a commercial bank would, Christakis said. The allocation of risk does not get any easier with local companies and distributed generation.

“Potential ‘sharing power’ schemes with mini grids are a logistical and offtake challenge. There is the risk with local companies; how can you guarantee payments long term? You need security on payments,” said Christakis.

To alleviate these risks, investors will need to be selective with picking a market.

“Wherever the government has a good track-record and is willing to work with the private sector, we will work there,” said Mittell.

He also went on to emphasise that the focus should not necessarily be on where the tariff can be the lowest, but instead to ensure bankability and government contracts.

“Defaults in Africa are at around 1% because the contracts are so scrutinised by everyone,” said Mittell. “In the US it is at around something like 10%.” 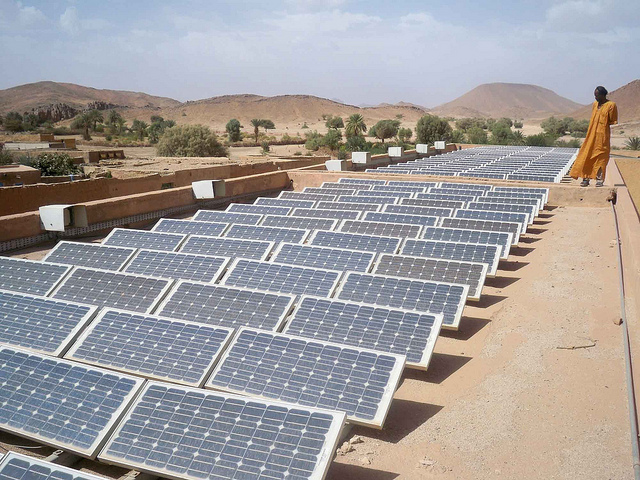 6 October 2021
The future is bright for a new era of US solar and storage, and the 8th annual Solar & Storage Finance Summit will provide opportunities to discuss solutions to the industry’s challenges and provide a networking platform designed to bring together the top minds in the industry to do business. With a mix of high-level, informative presentations and panels, a stellar cast of speakers and audience members with deal-making capacity, the 2021 edition of the event will be a sell-out success.
actis, africa, bankability, ce africa, finance, ifc, investment, local content, nigeria, off-grid, ppas, reippp, scaling solar, sfi con london, small-scale, solarcentury, south africa, zambia