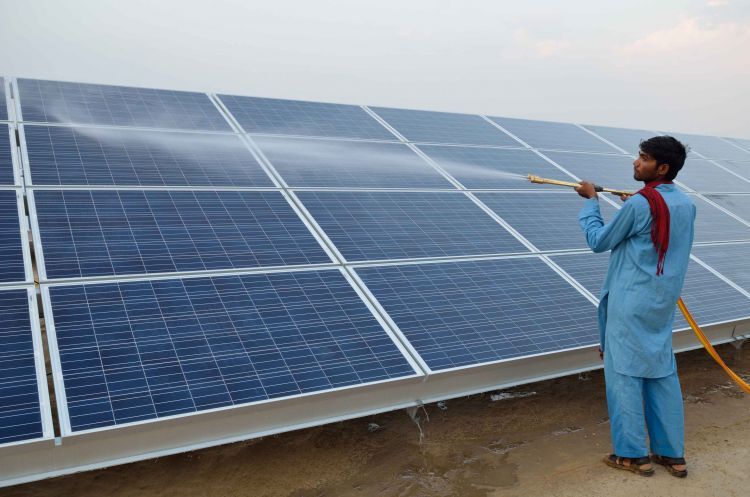 Indian solar is to stay a money-making occupation despite the pressure of ever-decreasing tender tariffs, the Institute for Energy Economics and Financial Analysis (IEEFA) has said.

In a new report alongside JMK Research & Analytics, the think tank modelled project and financing costs and concluded that firms developing or investing in Indian solar can reap returns, provided they keep a firm eye on expenses, interest rates and other dynamics.

As report co-author Vibhuti Garg noted, Indian solar players have already adjusted their expectations to the low-tariff environment. Return assumptions have declined from 14% to 12% as tariffs dropped in some cases to INR 2.5/kWh (3.47 US dollar cents per kWh), Garg added.

According to the IEEFA energy economist, such a rate majorly outcompetes thermal plant tariffs and will be prized by the distribution firms purchasing the power. “[But] this is a floor for developers if they want to make money,” she added.

Even above that threshold, the expected solar project equity returns of 12-13% leave “very little margin for error”, the IEEFA said, pointing at the impacts that could arise from unexpected project delays, curtailments, interest rate hikes, currency volatility and import duties on modules.

Eye on costs as COVID-19 tangles up supply chain

According to IEEFA, the fact that solar development has become a balancing act does not detract from India’s solar potential. The sun is “shining bright” for a country that boasts 35GW of installed PV and further pipeline projects (23GW) and bidding-phase projects (30GW), the think tank said.

The upbeat talk comes as the industry faces the impacts from the COVID-19 pandemic. With a total lockdown in place since 25 March 2020, the country has felt the brunt of – and is trying to act against – its reliance on solar component imports from China.

According to the IEEFA’s Garg, firms looking to deploy as the disruption continues must “factor in the risks and rightfully estimate the costs of every component.” At 64%, module costs vastly exceed those of inverters (7%), balance of system (8%) and solar park charges (12%), the think tank found.

The costs – modelled around an unidentified 250MW solar project in Rajasthan – could be offset in the long run by refinancing projects sitting at 75%-25% debt-equity ratio, the IEEFA noted, particularly once construction and commissioning risks are out of the picture.

Also key to a solar project’s ultimate returns are interest rates, the study authors pointed out. Adani Green, Azure Power and the other large players able to take on longer-term, lower cost loans are tapping into the dynamic to bid “more aggressively”, the report said.