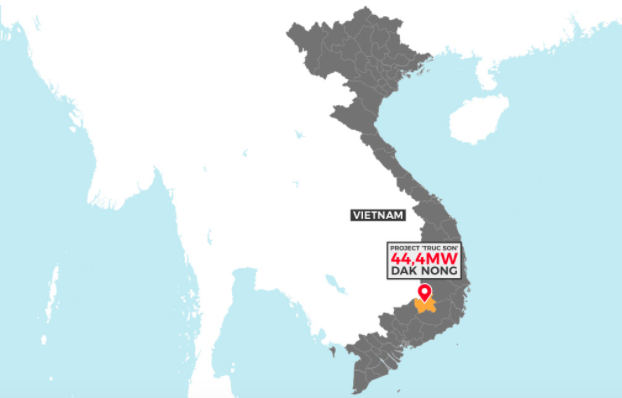 The ‘Truc Son’project, to be spread across 51 hectares, was awarded to Univergy by the Popular Committee of the highland province of Dak Nong. It will require investment of US$48.4 million.

Operations are expected to start from June next year providing electricity to Dak Nong and the surrounding localities. The local Popular Committee will offer the project a tax preference and had urged the competent agencies and the Cu Jut district to support the investors in the implementation of the project.

Ignacio Blanco, executive president of Univergy International, said: “Vietnam is one of the economies experiencing one of the fastest growths in the world, with annual growth rates of energy consumption between 8 and 10% mainly by industry, which is the country's largest consumer.”

Despite major concerns about its PPA model, Vietnam’s utility-scale solar industry has seen a boom of project announcements in recent months.

December 10, 2021
Singapore-based energy company Sembcorp Industries has signed a collaboration agreement with Bamboo Capital Group (BCG) for the development of 1.5GW of renewable projects in Vietnam