Equity returns on hybrid solar and wind projects in India could see a 17% increase in the internal rate of return (IRR) by implementing a few measures, according to a report from the Institute for Energy Economics and Financial Analysis (IEEFA).

Despite current challenges in the solar industry in India – continued supply chain issues linked to the pandemic, geopolitical tensions between Russia and Ukraine and the April introduction of the basic customs duty (BCD) for modules (40%) and cells (25%) – renewable energy auctions continue to attract interest from large developers, according to the IEEFA.

Meanwhile, a recent analysis by Crisil, a S&P Global company, revealed that the above factors had also pulled down the return on equity (ROE) for 25GW of India solar projects, with 5GW of those at high risk. Crisil said these 5GW of projects may see their ROE fall by as much as 140-180 basis points to around 7%, while the remaining 20GW of projects would only observe a fall of 60-80 basis points.

In this context, large renewables developers can increase their revenue and mitigate current industry volatility if they were to turn to hybrid models, IEEFA suggested. Its report outlined five options that would enhance equity IRR using an hybrid solar-wind project as a model:

This would take the total upside potential to 17%, above the current 12% baseline returns for solar-wind projects in India.

Shantanu Srivastava, energy finance analyst at IEEFA, said: “We believe India will be able to continue its renewable energy capacity addition trajectory because current supply chain challenges will ease in the short-to-medium term, and the industry has enough cushion to absorb these downside risks.”

If a developer managed to procure modules assembled in India while only importing the cells, taxed at 25%, it would lower the effective landed tax impact of the BCD to 12.5% given cells constitute half of the price of the module, the IEEFA said.

For example, if developers import only cells from China and assemble the modules in India, the cost would be US$0.306c/Wp, according to the IEEFA analysis. But if they decided to import the modules directly from China, facing the higher BCD tariffs, it would push up costs to US$0.339c/Wp.

Larger developers at the GW-scale will likely “take the lion’s share” given the shortage of module assembly plants in India at the moment, the report said. While current solar module price hikes are considered as “aberrations” and would, in the long term, revert back to less than US$0.2/Wp (before taxes) from the current price of US$0.28/Wp, the report noted.

In the short-to-medium term, the stockpiling of modules and the local assembly of modules, resulting in cell imports or framework agreements with domestic suppliers, would provide a cushion on capital costs as domestic manufacturing capacities grows and eventually ends up lowering domestic prices.

Meanwhile, India has been shifting more towards bifacial modules, resulting in the automation of operations and maintenance (O&M) and a lowering of the threshold for debt and equity returns. 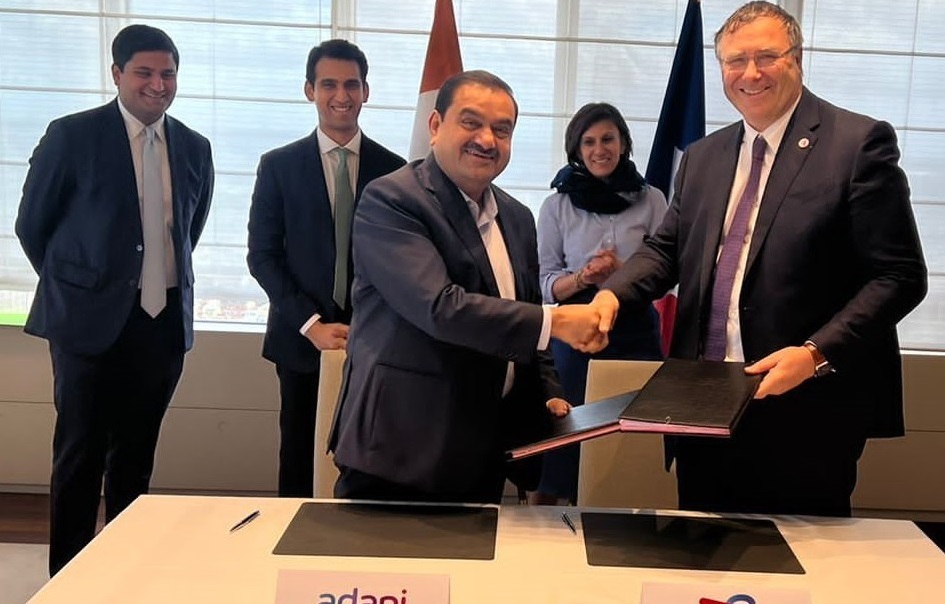 June 14, 2022
TotalEnergies is expanding its partnership with Indian conglomerate Adani Group as they aim to deliver the world’s largest green hydrogen ecosystem in India.