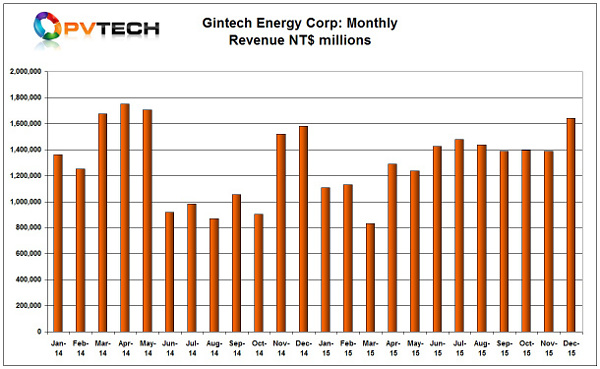 Gintech reported December, 2015 sales of NT$1,639 million (US$49.3 million), compared to approximately (US$41.7 million) in the previous month. The December figures were its highest in 18-months.

The company had previously announced plans to ramp both solar cell and module capacity at its new facility in Thailand, which would enable module production to start in the fourth quarter of 2015 and solar production in early 2016.