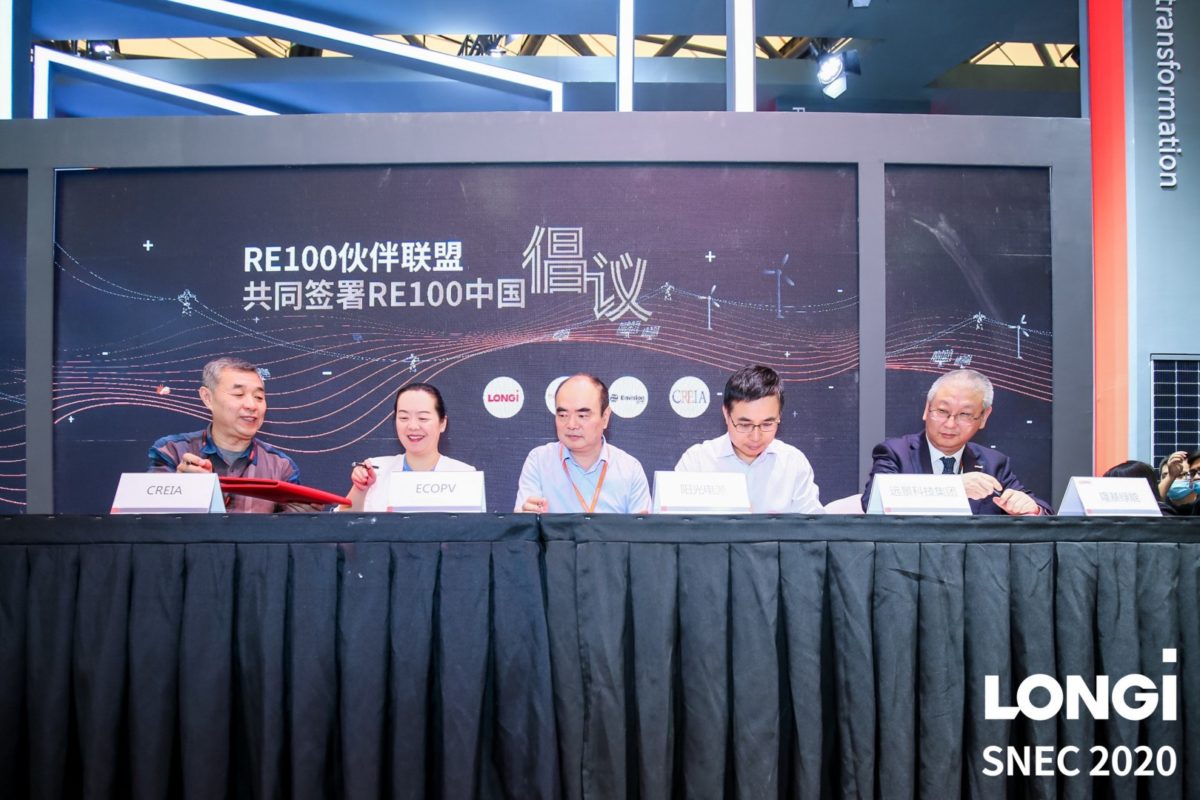 LONGi Green Energy has become the latest solar manufacturer to unveil its target of deriving 100% of its power demand from renewables.

The ‘Solar Module Super League’ (SMSL) member will power its global operation using renewables by 2028 as part of a roadmap established as part of its membership of the RE100 group, announced during last weekend’s SNEC PV exhibition in Shanghai.

An interim target of 70% renewable power has been established for 2027, before progressing to 100% the next year. The company said that last year it used just under 190 million kWh of electricity, of which 47% originated from renewables.

The company teased the initiative at PV Expo in Tokyo earlier this year under the moniker 'Solar for Solar'.

A five-stage roadmap has been established, which includes the adoption of more energy efficiency technologies in factories both in and outside of China, while new factories will be built which have direct access to renewable power. LONGi has also committed to constructing more solar farms for its own use.

LONGi noted that it has already relocated some manufacturing facilities to Yunnan Province in southwestern China, an area of the country which sees a high penetration of power from hydropower facilities. It has also installed rooftop solar systems on its factories in Wuxi and Taizhou.

Li Zhenguo, founder and president at LONGi Group, said the company hoped to influence its supply chain partners and customers through the process of switching to 100% renewables.

“LONGi will play by example to promote more industries to focus on clean energy, and LONGi is happy to provide technology solutions and support for those who have the same ambition,“ he said.

Late last week both JinkoSolar and First Solar unveiled 100% renewable power pledges, with Jinko commiting to a wider roadmap of measures which included R&D into the commercialisation of higher efficiency modules and the use of more recycled materials.