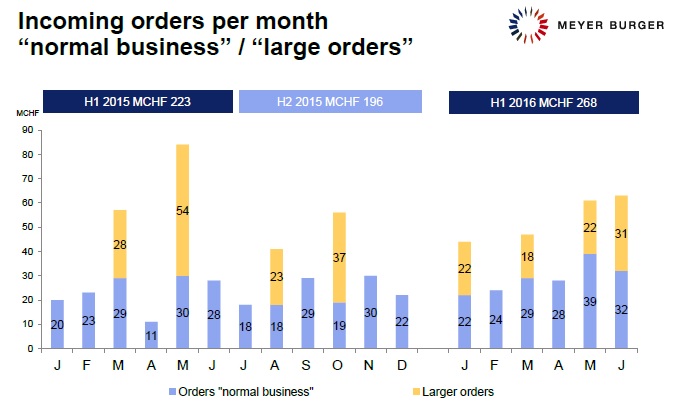 Sales in Asia were 151% higher than in the prior year period, while sales in Europe were up 43%. However, sales in the Americas declined 46%. 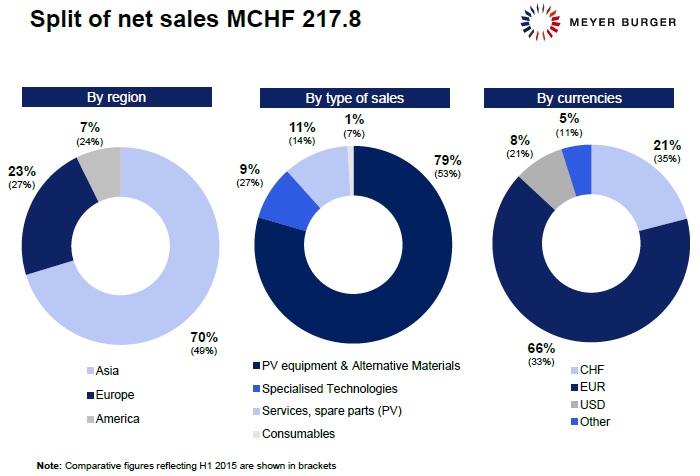 Incoming orders increased by 20.4% to CHF 267.8 million (US$278.3 million). Meyer Burger said that the increase in incoming orders reflected high demand from both wafer and solar cell manufacturers as existing production lines are upgraded, primarily to PERC (Passivated Emitter Rear Cell) technology and a new wave of capacity expansions that begun in 2015.

The company noted that in its Photovoltaic segment, a number of larger orders were received for diamond wire saws, heterojunction cell technology, SmartWire Connection and MB PERC / MAiA technologies that totalled around CHF 93 million (US$96.6 million) in the reporting period.