Neo Solar Power to shift all production to monocrystalline PERC 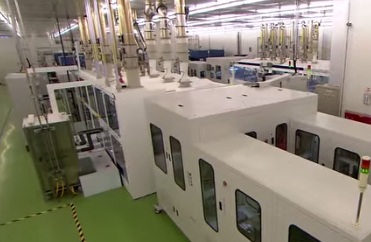 ‘Silicon Module Super League’ (SMSL) leader JinkoSolar recently noted that it would expand monocrystalline ingot/wafer capacity and further migration to PERC cell technology with plans to reach 2GW of PERC capacity by the end of 2017, up from 1.4GW in 2016.

Overcapacity in multicrystalline production and slim ASP margins are commercial factors behind NSP and SolarWorld’s recent production shift as well as increasing scale with the higher efficiency monocrystalline products to reduce costs as demand for mono products is growing and is in a relatively shorter supply.

PV Tech estimates that NSP has around 2.2GW of total solar cell capacity of which around 700MW was primarily dedicated to monocrystalline cell production. The company has relocated around 100MW of mono cell production from its 500MW cell plant in Malaysia to Vietnam and migrate around 500MW of capacity in Taiwan to mono-PERC.

Overall timelines for the migration of all capacity to mono was not disclosed.

11 October 2022
PV CellTech Extra will be held as a series of live webinars and on-demand sessions on 11-13 October 2022. We'll be taking a slightly further forward-looking view at the technologies and roadmaps for new cell architectures set to dominate mass production during 2023-2025 with special emphasis on the potential timelines for technologies beyond the single-junction cell design, including perovskite and hybrid concepts.
c-si manufacturing, jinkosolar, monocrystalline wafer, neo solar power, perc, pv celltech, solar cell, solarworld