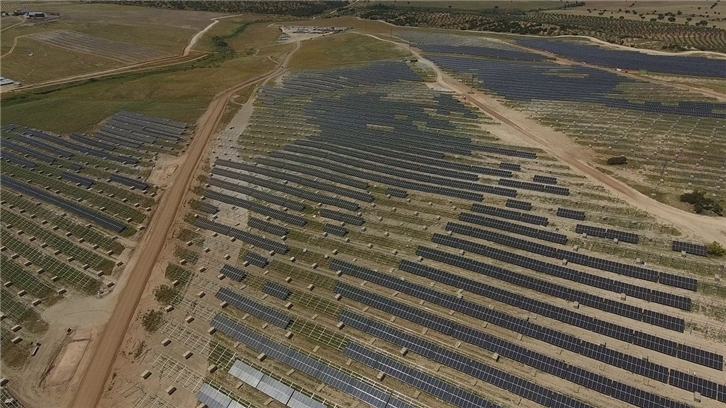 Power purchase agreements (PPAs) in Europe could exceed 10GW of renewable energy capacity this year as deals have already started to rebound after a COVID-19 slowdown.

That’s according to a new market outlook report published by renewables software firm Pexapark this week, which claims that more than 1GW of renewable energy was contracted into PPAs in December alone.

Solar PPAs led the European renewables market in 2020, accounting for 46% of the 8.9GW renewable capacity contracted to offtakers across the continent. More than half (56%) of deals were made with corporate offtakers in Europe last year.

This was driven by Spanish solar operators, who signed deals for 3.4GW of capacity in what the report described as a “frenzy” of corporate activity. Pexapark’s findings pointed to highly favourable PPA prices in the country, averaging at €35.63/MWh (US$43.29), compared to Poland, with an average €47.6/MWh (US$57.89).

The findings correlated with research from LevelTen Energy, also published this month, which showed that Spanish developers took more than a quarter (26.7%) of all PPA offers.

However, the report noted that Germany, which had the second lowest average PPA price at €41.61/MWh (US$5-.60) could “challenge” Spain’s leading position next year. This is also due to the country’s number of potential professional offtakers and large industrial sector.

As European governments have started to phase out renewables subsidies, PPAs have become a crucial strategy for developers to manage risk and gain financial security for projects, and Spain appears to be leading the continent’s PPA procurement so far this year.

Developer Iberdrola signed a 10-year PPA yesterday (21 January), agreeing to sell electricity from what it claims will be Europe’s largest PV plant to French food group Danone. The PPA will fund the construction of the 590MW Francisco Pizarro project in Spain’s Extremadura region, which will cost the Spanish utility €300 million to build. The week before, PV developer Solaria signed a deal with Shell Energy Europe to take electricity from six solar plants in Spain with a combined capacity of 300MW.

The PPA market for renewables was dominated by 30 sellers in Pexapark’s report, the largest of these is Iberdrola, which it claimed is “another reflection of the dominance of Spain in deal activity”.

Spain was also one of the 10 most prolific installers of renewable energy capacity last year, according to new figures posted by BloombergNEF, representing a total investment of US$13 billion.

However, more markets in Europe have turned their attention to PPAs as a source of stable income in recent months. The UK solar industry installed 545MWp (DC) of solar PV capacity last year, in the first full calendar year when government subsidies were off the table. Solar Energy UK’s chief executive Chris Hewett told PV Tech sister site Solar Power Portal this week that a key priority for the trade body in 2021 will be helping to stimulate the PPA market there, adding the UK is “well and truly into the subsidy-free era now.”

Luca Pedretti, chief operating officer and co-founder of Pexapark, said that 2021 could be a “boom year for renewable energy PPAs, but in order to get there, the industry must take stock of the reality of risk and volatility in energy markets.”

“Over the past year, renewable energy companies have come to realise that success in a post-subsidy power market requires robust energy risk management. We’ve seen this in particular through M&A activity in 2020, as companies seek to integrate tools, systems, and talent from the traditional power trading world.”