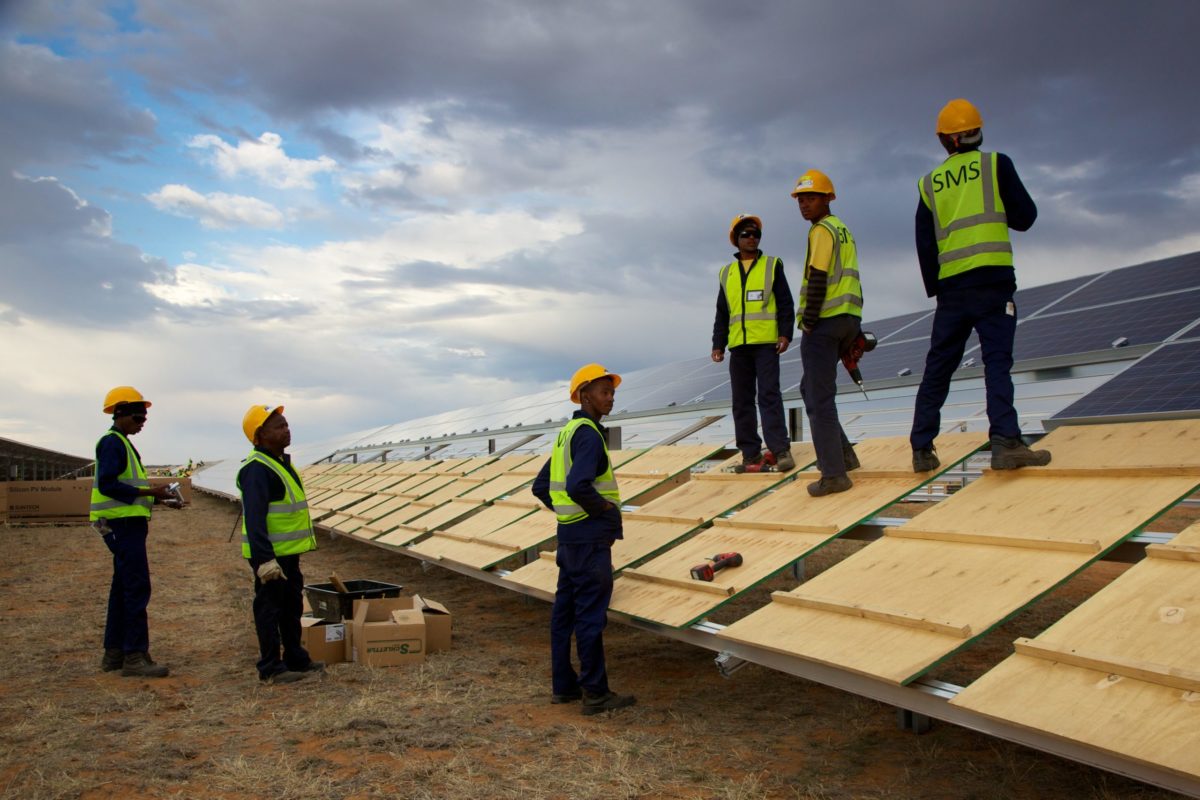 South Africa’s solar industry has welcomed new government plans to purchase 6.8GW of additional renewables from independent power producers as of 2022, but warned that an “urgent response” is needed to tackle the country’s ongoing energy crisis.

Energy minister Gwede Mantashe revealed late last week (25 September) that the country is looking to buy a total 11,813MW of new generation capacity by 2027, the majority solar and wind, with all electricity to be purchased by state utility Eskom following a tendering process. The procurement programme will target connection to the grid for new generation capacity “as soon as reasonably possible”, he said.

With South Africa faced with ongoing rolling blackouts, it is hoped the procurement will help secure a more sustainable energy future for the country.

“The move to more energy capacity is much needed, given our current energy crisis,” said Nivesh Govender, COO of the South African Photovoltaic Industry Association (SAPVIA). “Our current abnormal circumstances require an urgent response, which is why there is a need for government to harness renewables now to counter the threat to South Africa’s energy security.”

According to the South African Renewable Energy Council (SAREC), the determination allocates a capacity of 2GW to solar and 4.8GW to wind, while an additional 513MW will come from storage. Despite the gains for renewables, the plan also calls for 3GW of gas generation and 1.5GW of coal-fired capacity.

The news follows last year’s publication of South Africa’s integrated resource plan (IRP), a roadmap detailing the country’s decarbonisation efforts and how its energy mix will look by 2030. It is hoped 8.3GW of PV will be installed by then, representing 10.5% of the total capacity, and as well as 17.7GW of wind.

“It is clear from the 2019 IRP that the new generation capacity should come from low-cost and reliable renewable energy sources, such as wind and other clean power technologies, especially as renewables can be rolled out within a period of 18 to 24 months, so it is the most feasible option to close the short-term capacity gap and give the country a chance to catch its breath,” said Ntombifuthi Ntuli, CEO of the South African Wind Energy Association (SAWEA).

Following the publication of the IRP, South Africa announced its ambition to add three special geographic zones for fast-tracking renewable energy projects. The areas were chosen based on clean energy resource conditions, where mining industries are located and proximity to areas in need of “rehabilitation” as local coal capacity comes offline.

Nivesh Govender of SAPVIA said distributed solar PV also has the potential to play a far greater role in addressing South Africa’s energy needs as the economy looks to grow post-COVID-19. “The solar PV industry stands with government and we commit to positively participate in the recovery of the economy.”