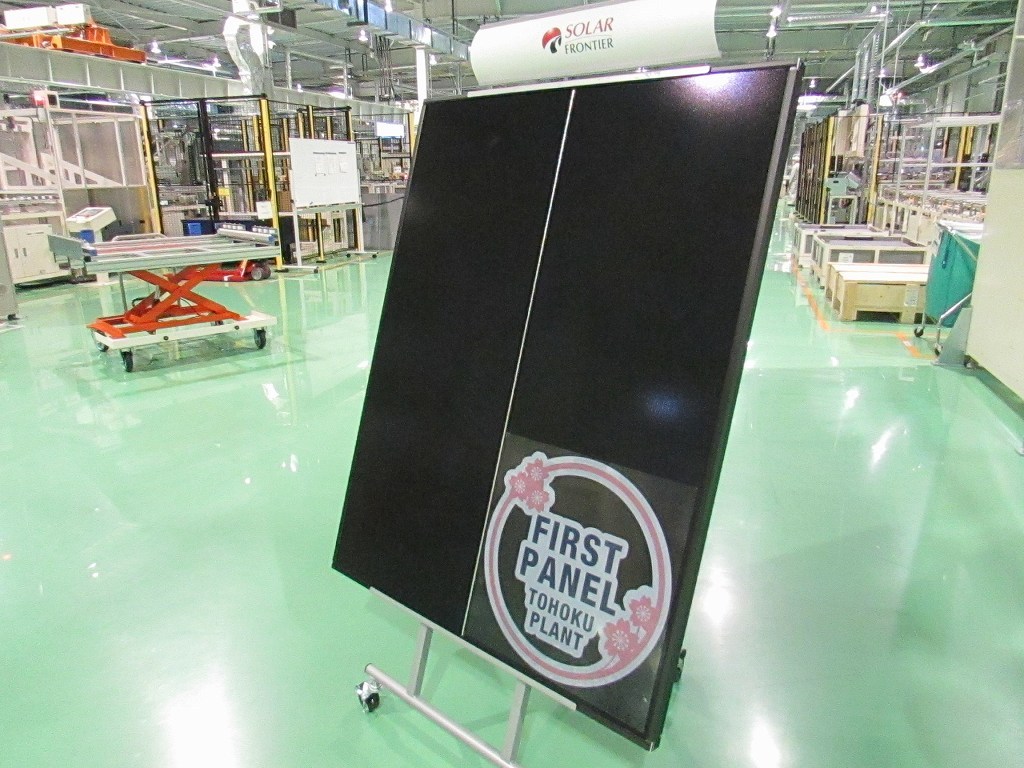 The production volume of solar PV panels based on thin-film deposition of semiconductor materials on large-area glass panels is set to hit a seven-year low in 2017, in spite of the end-market demand for solar panels increasing by a factor of three over the same time period.

Given that legacy roadmaps for solar PV cell technology until 2010 were predicting that thin-film manufacturing was to dominate the solar industry by 2020, something has clearly not panned out as many expected regarding the split of c-Si and thin-film being shipped to the end-market today.

In fact, there are many factors that will make 2017 potentially a year that could end up somewhat make-or-break for thin-film simply staying as a competitive option in the market-place by the time we get to 2019 or 2020.

This article discusses some of the factors that will result in thin-film production accounting for just 3% of PV modules manufactured in 2017, reviews what is new with thin-film this year, and looks at a few scenarios for the thin-film landscape going into 2018-2020.

All data and analysis used to underpin the analysis and projections is taken from the May 2017 release of our PV Manufacturing & Technology Quarterly report.

End of a dream, or a new start for an established technology?

Only time will tell which of the two options will emerge to the sub-header question posed above. Before looking at the factors that may influence this, let’s try and do a quick summary of thin-film production in the solar industry up to the end of 2016.

Thin-film emerged in the research labs in the 1970’s, and was seen as a viable and attractive option to silicon that had been used in the scattering of minor size solar installations done globally until then. There was no shortage of household names investing in R&D, setting up pilot lines or forming collaborative arrangements to potentially share in any future commercial spoils.

By the time we got to the 1980’s, MW-scale lines were in operation, with manufacturing lines producing a-Si, CIS/CIGS and CdTe variants, on both glass panels and flexible substrates. Production lines were bespoke, customized and using proprietary equipment design. While the efficiencies were lower than c-Si, the prospects of low-cost manufacturing and deployment benefits were seen to outweigh this.

By the time we reached the early 2000’s, First Solar and Solar Frontier emerged as leading producers, with a myriad of thin-film followers and competitors. The landscape was diverse, but the investment community latched onto thin-film as a technology that was being predicted to potentially make c-Si redundant.

Fabs seemed to spring up almost everywhere, across the US, Europe and Asia. This was something not lost on leading capital equipment suppliers for the displays industry, with large-area deposition on glass seeming from the outside to be a shoe-in to solar tool revenue growth. And again, the investment community took the bait, and Applied Materials, Oerlikon, ULVAC, Jusung and many other PECVD and PVD tool suppliers spoke of thin-film equipment backlogs and revenues in the $100M to $1 billion range, without anyone questioning the logic.

The reality was different, and was missing a few key things, like having a competitive product, having a sustainable business model, or a sales backlog.

While this was happening, silicon feedstock pricing had fallen by an order of magnitude, rendering the argument for sub-10% thin-film panel efficiencies as irrelevant. China embraced silicon cell production, and in the space of a few years, the dreams of more than 100 companies that had gone into thin-film production were evaporated.

Fast-forward to 2015, and we end up with two thin-film producers of note: First Solar and Solar Frontier, each with GW+ capacity levels and competitive products from a performance and cost standpoint.

During 2016, thin-film effectively saw a second major round of investment announcements that probably leaves many wondering how 2017 production levels could possibly fall to a seven-year low. So, let’s try explain this now.

First Solar made the bold decision to set in motion a plan to move to a panel size some 3X the current Series 4 panels, triggering capex levels akin to building a 10,000MT polysilicon factory. This effectively makes 2017 as somewhat of a transition, in terms of lines in Ohio and Malaysia being stopped ahead of the new Series 6 equipment being commissioned. Coupled with the high backlog of Series 4 sitting on First Solar’s books mid-year, production levels from the industry’s largest thin-film producer by some margin will be lower than over the past several years. This alone is a major factor in the overall thin-film numbers being down.

While First Solar is actively upgrading technology, Solar Frontier is seeing a very different outlook for its CIS manufacturing in Japan, and this forms the other big driver to lower 2017 productivity.

Solar Frontier had grand plans for CIS production, with frequent announcements of overseas plant aspirations and global project development activity. However, years of negative operating metrics has seen the company retreat back to the domestic Japanese market, idle capacity, and look for new module variants to have a differentiated offering by the end of 2017.

And then we have China

Everything goes in cycles, and we currently have a major boom in Chinese thin-film equipment ordering, much to the delight of European equipment suppliers that had ten years ago been supplying production equipment to the likes of Avancis, Solibro and many more in Europe. 2016 must have seemed like déjà vu for these tool suppliers, with denomination changed from Euros to RMB, and the requirement for upfront payment not even up for debate!

Announcements, orders, equipment revenue-recognition and factory-acceptance; these are all must-have prerequisites ahead of mass production success, but they are of course absolutely no guarantee of success. A book could be written on this topic for thin-film efforts in the last ten years, without even mentioning recent China efforts from Hanergy that moved things to an altogether different league in terms of thin-film market entry aspirations.

We will know more in 2018, or 2019. Until then, the Chinese thin-film announcements and tool deliveries are worthy of tracking, but they don’t really change anything in terms of productivity in 2017.

Very much in the same way that the above narrative splits out activity, plans and strategy for each of First Solar, Solar Frontier, and China, this has to be done for 2018-2020 scenarios. It remains still a misnomer in terms of grouping these companies all under thin-film. It is a convenient bag that perhaps should be non-c-Si for want of a better term. They operate in parallel universes in reality.

For First Solar, 2018-2020 will be the period where we will know how successful the Series 4 to Series 6 transition is. Of course, there are many risks, as expected from the scale of the plans and urgency to show results quickly in an industry that is moving at a ferocious pace in terms of technology upgrades, efficiency enhancements and cost reduction.

So far, First Solar has come good on almost every technology upgrade promise for its Series 4 lines, and the efficiency increases (at GW-level production and 95-98% utilization rates) over the last 3-4 years are staggering, and almost without equal across the entire solar industry. It’s a great reference point for Series 6 being successful, but there are many other things that clearly need to fall neatly into place, both at First Solar, but also across the wider industry as a whole and in particular where the GW offerings from the likes of JinkoSolar are by the end of 2018.

Potentially, an uptick in thin-film production from Solar Frontier and the China entrants should probably be seen as incremental, and less impactful compared to what First Solar produces during 2018-2020. Even if some of the Chinese entrants have success in manufacturing, they either need to absorb all produce in arms-length sales to deploy in China or work out how to have bankability in any overseas market.

Therefore, while production levels will be at seven-year lows in 2017, the thin-film sector and optimism is anything but in decline, and with a few headwinds and manufacturing successes, could see massive growth by the time we get to 2020. On the other hand however, it may not.

Click on the hyperlink to learn how to subscribe to our PV Manufacturing & Technology Quarterly report. Find out also about our new PV ModuleTech 2017 event in Kuala Lumpur on 7-8 November 2017, where everything you need to know about the quality and technology of module supply to end-markets will be covered, as the sister event to the highly successful PV CellTech.