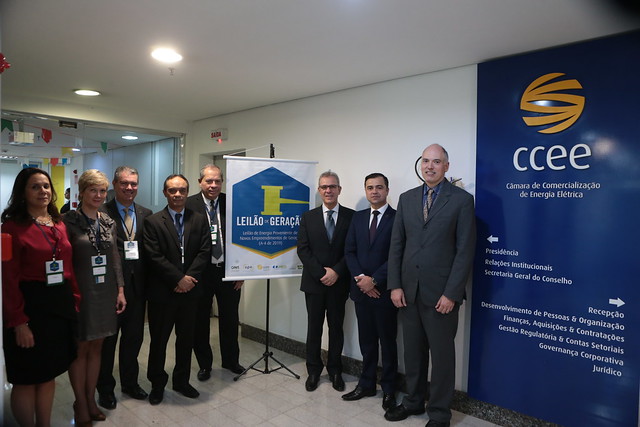 Record-low solar prices at Brazil’s latest auction have cast fresh spotlight on the industry’s global journey to cost-competitiveness, with experts arguing it further weakens the case of fossil fuels.

The average solar prices of BRL67.48/MWh (around US$17.5/MWh) at last Friday’s A-4 auction would make PV the “cheapest power from any technology ever…in the history of the planet assuming it is confirmed subsidy-free,” Michael Liebreich, founder of BloombergNEF, remarked after the results were published.

The auction – where PV secured over half of all 401.6MW awarded to renewables – marks the first time solar achieves lower prices than wind at a tender in Brazil, noted Maurício Tolmasquim, professor at Rio de Janeiro’s COPPE and former head of the country’s energy regulator EPE.

Assaad Razzouk, CEO of clean energy developer Sindicatum, pointed at the “incredible” drop of solar prices between auctions in 2017 ($35.2/MWh) and this week (US$17.5/MWh). Fossil fuels “can’t compete” despite the “trillions” in support they receive every year, Razzouk argued.

Anton Eberhard, professor at University of Cape Town, viewed the price milestones through a South African lens. He noted that Brazil’s US$17.5/MWh figure is but a quarter of the average selling prices of state utility Eskom, the traditional offtaker for renewable projects under the REIPPP programme.

South Africa said earlier this year it may renegotiate renewable PPAs to help shore up Eskom’s battered finances but Eberhard urged last Friday for a different course of action. It is time, he said, to run a fifth REIPPP auction and “dispel the myth” that renewable energy IPPs are expensive.

The unsuspecting drivers of all the global commentary, Brazil’s successful solar six schemes last week were just a minimal selection of the 751 PV projects applying to compete in the A-4 auction. Of all 26.2GW tabled in PV bids, only 203MW was granted 20-year PPAs last Friday.

Some 163MW of the total was reaped by five projects of Enerlife Energias Renováveis in the northeastern state of Ceará. From Milagres I to Milagres V, each of the five is designed with 32.74MW of capacity and will require funding of over BRL135 million (around US$35 million).

Meanwhile, the remaining auction solar contracts were scooped up by CEI Renováveis, which is developing the 40MW Jaiba SE1 project in the inland state of Minas Gerais. This sixth scheme is expected to demand BRL177 million-plus (close to US$46 million) in investment.

According to the Brazilian government, construction of all A-4 projects will create 4,500 new jobs. As noted by energy watchdog ANEEL, a positive twist with the solar and wind contracts is they will bring employment to Brazil’s northeast, historically the poorest region.

As several onlookers pointed out, the solar price breakthrough masks the circumstance that PV winners will remain largely exposed to free-market dynamics, once auction contracts expire.

“We noticed a tendency of solar and wind projects to allocate about 70% of their physical guarantee to the free market,” said Rui Altieri, who chairs the board of directors at distribution regulator CCEE. He urged developers to consider “commercial strategies” beyond the support of auction prices.

Jenny Chase of BloombergNEF expressed herself along similar lines. She posited whether Brazil’s low-price auction PPAs, potentially only covering 30% of energy production, would just be means to secure cheap debt from banks for the remaining 70% merchant share where the “real money” lies.

Chase also noted that staff at developers who were instrumental in this week’s auction wins could well have another job when actual construction gets underway. Their incentive, the solar analyst argued, is to “roll the dice” now on big technology cost reductions.

How the six low-priced solar projects will fare under long-term market dynamics remains unclear. Their peers in Brazil’s broader PV industry – which doubled capacity to more than 2GW last year – can compete in at least five future tenders, both A-4 events and those under the separate A-6 scheme, open also to non-renewable sources.