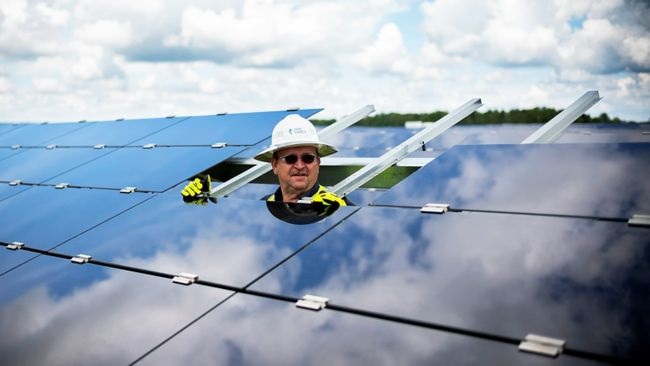 Several hundred megawatts of additional solar projects are set for completion in North and South Carolina in the next two years thanks to the resolution of a range of interconnection disputes.

Duke Energy and solar industry developers in the two US states have agreed to a new process and timeline by which a substantial additional amount of solar generation will be interconnected to the utility’s distribution system.

“We're very pleased to have reached this agreement with Duke Energy,” said Steve Levitas, a senior vice president at solar developer Pine Gate Renewables. “It took a lot of hard work, creativity and good faith by both sides.”

Duke also announced it has reached a resolution with both the North Carolina Clean Energy Business Alliance and the North Carolina Sustainable Energy Association to transition the interconnection process from analysing each request one by one to a process of studying requests in clusters.

The cluster study method has been adopted by several US states and system operators and is said to provide a more predictable path to interconnection – studying only those projects that are committed to becoming operational within a certain period.

According to Duke, the new process will eliminate the backlog that was created when projects were delayed while the utility studied sometimes speculative projects that were in a higher spot in the interconnection queue.

Implementation of the reform will require approval by authorities in North and South Carolina as well as the Federal Energy Regulatory Commission. Also included in the filing was a proposal to provide more certainty regarding future interconnection costs for third parties.

Duke Energy has more than 3.5GW of solar capacity connected to its energy grid in the Carolinas and has connected more than 500 solar facilities operated by other companies in both states.

In its latest integrated resource plan published earlier this month, the company announced its ambition to significantly scale up its solar capacity in the Carolinas, adding two to four times the current capacity over the next 15 years.

6 June 2023
Join us in Napa to unlock the key to reliable PV module supply to the U.S. market in 2023 & 2024. We'll also be gathering the main players in the US solar market for some wine tasting!
duke energy, duke energy carolinas, north carolina, pine gate renewables, south carolina, us, us utility, utility