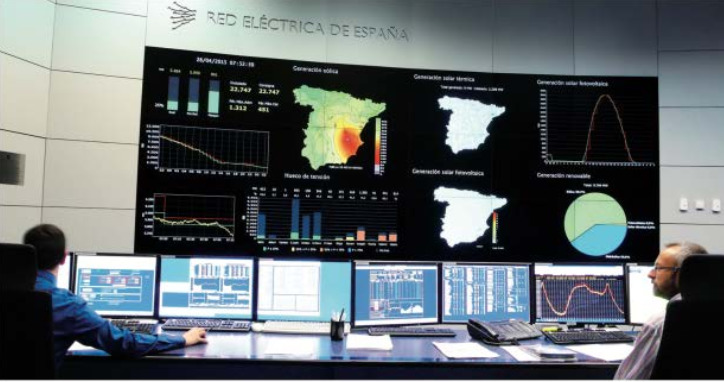 In a manual directly aimed at policy makers, the International Energy Agency (IEA) has sought to debunk various myths about integrating wind and solar to the grid, while also providing solutions to bona fide problems that can arise.

The ‘Getting Wind and Sun onto the Grid’ manual aims to show policy makers how to deal with the increasing penetration of VRE technology, as countries find the cheaper prices offered by these alternative sources increasingly attractive and more capacity comes online.

Importantly, the IEA seeks to sweep aside misconceptions about VRE grid integration, regarding whether wind and solar requires one-to-one back-up capacity or if they force greater costs onto conventional generators.

It stated: “Discussion of VRE integration is often still marred by misconceptions, myths, and in cases even misinformation.”

Speaking at the recent Solar Power Summit in Brussels, Ditlev Engel, chief executive, energy, at consultancy DNV GL said: “Some see wind and solar as disruptions to the power system and discussions about subsidies and low-lying costs and such. At DNV-GL we actually don't think this is the case due to the experience we have had over a number of years now.

“Utilities are actually working towards integrating renewable energy and distributed energy resources as part of their business models. We probably see the world with a lot of integration of systems, on technologies, and this is leading into what we describe as the 'new power reality', where solar continues to play an important role. The question is then what should be done more of, going forward?”

The IEA report identifies four phases in VRE integration. In the first phase, wind and solar have no noticeable impact on the system and the process only requires clear communication on connection timings and technical requirements.

In the second phase, when VRE penetration in an individual country reaches about 3-15%, the focus shifts to managing first instances of grid congestion, and to incorporate forecasts of VRE generation in the scheduling and dispatch of other generators. Countries at this stage include Chile, China, Brazil, India, New Zealand, Australia, the Netherlands, Sweden, Austria and Belgium.

The report specifically focuses on these first two phases.

Its main recommendations at Phase One include ensuring there is a transparent technical assessment of grid connection capacity and checking whether grid enforcement is needed even at this early stage.

By the time countries reach Phase Two, they need to start developing grid codes that are applicable to VRE, start referring to international industry standards, and take lessons from other power systems that already have high VRE penetration. Operators will also need to start using forecasts of VRE output. These were a few among a large list of recommendations.

Only at the third phase does VRE penetration not only affect the overall system operation, but also other power plants. Here the power system’s ability to respond to uncertainty and variability in the supply, such as when clouds cover the sun, becomes important. Examples of countries considered to be in Phase Three of VRE deployment include Italy, the UK, Greece, Spain, Portugal and Germany. VRE penetration in these countries ranges from 15-25% in annual generation.

Phase 4 is when challenges to grid stability arise. Ireland and Denmark are deemed to be in this phase with VRE taking 25-50% annual share of generation.

The IEA said that all these countries had achieved high VRE penetration without compromising the reliability of electricity supply.

Although the agency also sought to downplay widespread beliefs that VRE cannot be integrated without electricity storage, it still made clear that storage will have a key role to play in later stages.

Ditlev Engel said: “The combination of solar and storage is indeed very powerful, and the growth in solar will pull storage into much wider acclaim. It can help network operators adjust the electricity system and prepare for a broader share of renewables. However, a solid business case for the implementation of such community storage systems isn't there yet.”