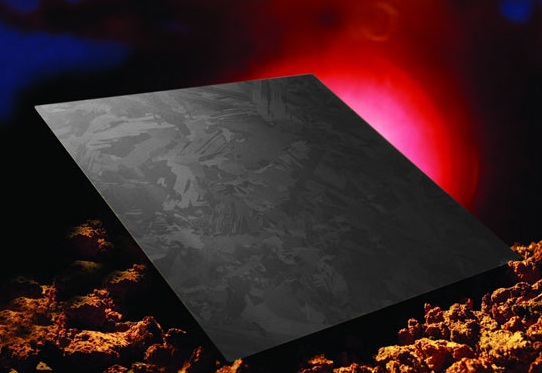 Wei Wang, senior manager for cell research and development at GCL-SI, presented a new peak efficiency of 20.78%, up from 20.6% announced in June, at the European Photovoltaic Solar Energy Conference (EU PVSEC) in Amsterdam last week.

The company uses multicrystalline wafers sawn by diamond wire. As the standard acidic etching solution for texturing does not properly work on such wafers due to the smooth surface, GCL-SI has tested three alternatives for a so-called ‘black-silicon’ texture: reactive ion etching (RIE), metal-catalyzed chemical etching (MCCE) and an acidic etching solution with additives.

38,189 cells manufactured from RIE-treated wafers achieved an average efficiency of 20.43% in GCL-SI’s production line; 69,320 cells made of MCCE-processed wafers yielded an average of 20.14%, and a smaller batch of 4,694 cells from wafers that went through an acidic solution with additives ended up with an average of 19.65%.

Although RIE is the most expensive among the three etching methods, GCL-SI has opted for it as the higher costs are still overcompensated in $/W by the cost reduction achieved through diamond-wire sawn (DWS) wafers, Wang said.

Yet, experts believe that MCCE will make the race in the market. Peter Fath, CEO of the German equipment supplier RCT Solutions, expects that multicrystalline black silicon cells textured through MCCE will become mainstream in 2018. RCT Solutions has already sold MCCE machines with a production capacity of more than 3 GW.

Fath’s opinion is supported by Xiadong Su, Professor in the Department of Physics at the Sochow University in Suzhou in the Chinese province of Jiangsu. “MCCE is becoming a standard process for the mass production of next-generation DWS multicrystalline solar cells,” Su said in Amsterdam. He presented copper as an alternative catalyst to silver for MCCE, which promises to remove the saw marks and to minimise colour differences between the crystal grains, thus yielding a better optical appearance of the cell.

Even when using the standard aluminium back surface field instead of the PERC structure, multicrystalline black-silicon cells reach higher efficiencies than their counterparts made of slurry-sawn wafers. Jinko Solar, another Silicon Module Super League member, has thus increased the average efficiency from 18.8% to a range of 19.0 to 19.1%. RCT Solutions even reports a typical efficiency gain of 0.3 to 0.4% absolute.

The reason why the more efficient PERC structure has not widely been applied to multicrystalline cells yet is the strong light-and-elevated-temperature-induced degradation (LeTID) of the efficiency. At the conference in Amsterdam, both the Fraunhofer Institute for Solar Energy Systems and the University of New South Wales (UNSW) presented evidence that the culprit is hydrogen incorporated in the silicon lattice; due to a changing charge state, hydrogen atoms trap charge carriers.

UNSW is already developing a tool that repairs this defect. The long list of UNSW’s industry partners, among them GCL, Suntech, China Sunergy and Adani, makes it likely that multicrystalline PERC solar cells made of DWS wafers with black-silicon texture will soon gain traction. With potential efficiencies above 20% and low production costs, the multicrystalline sector is poised to  potentially reclaim market share recently lost to the monocrystalline competition.