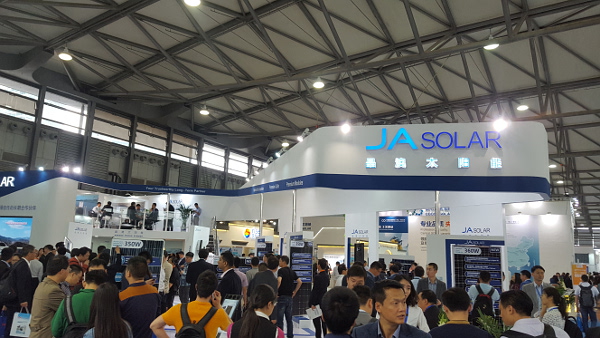 Zhao was re-appointed CFO in December, 2013, after previously serving in the role from July 2006 to May 2008. The SMSL said Zhao had left to pursue other interests.

Baofang Jin, Chairman and CEO of JA Solar, commented, “We thank Herman for his many years of service to JA Solar.  We respect his decision and wish him the very best in his future endeavors.”

JA Solar is currently planning to withdraw its public listing on NASDAQ.

26 August 2021
In this webinar, JA Solar will present its product portfolio based on the latest technologies to improve your PV projects, ensuring maximum reliability and performance. During the webinar we will receive insight from JA Solar about its solar technology roadmap and how the manufacturer is providing customers with innovative solutions to suit their needs, while we will also analyse how to determine the best product solution for each solar project.
c-si manufacturing, cfo, investment, ja solar