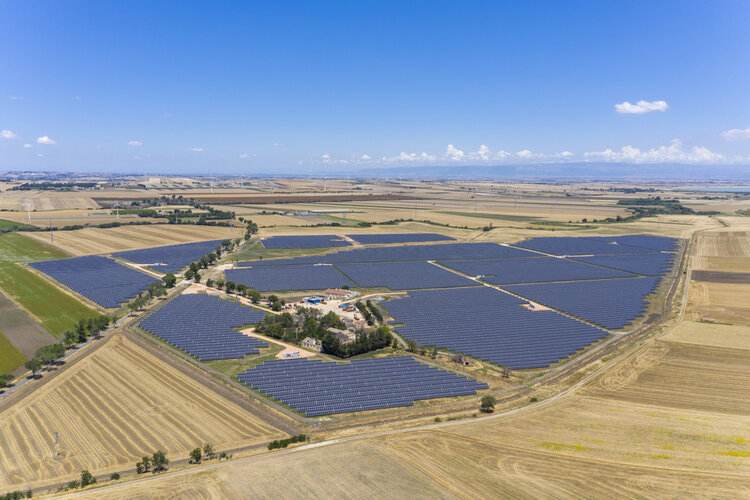 Throughout Q3 there were several key developments across solar’s upstream sector, including JinkoSolar starting off the quarter by laying claim to a record large-area N-type monocrystalline silicon solar cell conversion efficiency of 24.79%. The cells have a practical size of 267.72cm2 and are made of high-quality CZ mono-Si substrate, helping them achieve the record levels independently confirmed by the Institute for Solar Energy Research in Hamelin, Germany.

Further progression was made by competitor Trina Solar, which announced in August that it was planning its first major solar cell manufacturing expansion for years due to its migration to large-area PV modules using the 210mm wafer size. This change will allow it to increase production of its high-performance mainstream ‘Vertex’ Series modules in 2021 onwards.

Modules featuring 210mm wafer sizes have been in the spotlight for much of 2020, in particular in China, where the production capacity of 210mm mono cells is set to reach an astonishing 120.5GW when combining capacity expansion and production lines of tier 1, 2, and 3 cell manufacturers and new investments, according to an industry survey from September 2020.

One area of the solar sector that has seen volatility through Q3 is the price of solar cells, in particular in China. In early August, Tongwei announced that its prices for poly cells had increased by anther US$0.06/W, while its 156.75mm, 158.75mm and 166mm mono cells rose by US$0.08/W, when compared to prices on 24 July. Following this LONGi announced wafer prices were jumping US$0.03/W and its cells by US$0.08/W, marking the beginning of what many referred to as a ‘price war’.

Price volatility has been driven by polysilicon supply, with a number of incidents at facilities owned by GCL-Poly and previously Daqo putting pressure on module price control. For Tongwei this was also exacerbated by severe floods in southeastern China in August forcing it to shut its 20,000-tonne polysilicon plant in Leshan City, Sichuan, further impacting the supply chain.

Other factors played into the growing prices, with the cyclical, seasonal nature to polysilicon, wafer and cell prices impacted as production slowed early in the year due to COVID-19 but demand for solar remained high with strong installation predictions for the second half of 2020.

Manufacturers and developers urged caution in response to the rising prices, pointing to the jump as a reaction to events such as the floor rather than a long-term trend. Despite this, it has undoubtedly caused challenges for module companies that were forced to renegotiate supply prices.

In Europe, record low prices were recorded in Portugal’s second solar auction closing with prices of €11.14/MWh (US$13.12), or US$0.0131/kW. This auction – with 700MW available, of which 670MW was awarded – beat the previous industry record tariff of US$0.0135/kWh set by in Abu Dhabi by the Al Dhafra project in April. Portugal awarded Hanwha Q CELLS half of the 12 lots in the auction, while other winners including Tag Energy, Iberdrola and Enel, with the majority of the bids including battery storage. The result was particularly significant as prices came in around 25% lower than in the previous year, when the lowest bid in the country’s first auction was €14.76/MWh, itself a record at the time.

Elsewhere in the continent, European Energy forged on with Italy’s largest solar farm. The 121.5MW Apulia triplet of sites, secured €96.5 million (US$113.59 million) in funding in August from French financial service firm Natixis. As well as the sheer scale of the project – which is comprised of three sections: a 63MW site that’s been in operation since November 2019, a 40MW site in grid parity completed in June 2020 and a 18.5MW site in grid parity due to be completed later in 2020 – the Apulia solar farm are significant as it is thought to be the first Italian PV farm to be financed without having first been supported by state subsidies.

In the US, Sunrun’s acquisition of rival Vivint Solar in July shook up the sector, creating a combined entity with a customer base of nearly 500,000 and 3GW of installs on its balance sheet. The sheer scale of the resultant company from the US$3.2 billion all-stock acquisition will allow it to “accelerate the adoption of solar” in the US residential market it said.

While Sunrun secured its top spot in the US, others have struggled more in 2020. In particular, Tesla announced that Q2 2020 was its worst quarter for deployment on record. Across the three months it installed just 27MW of rooftop solar, alarming watchers as it fell 7% year-on-year despite Q2 2019 setting its previous record low. Chief executive Elon Musk remained upbeat about the long-term prospects of the technology however, adding that he was “very excited about that business potential”.