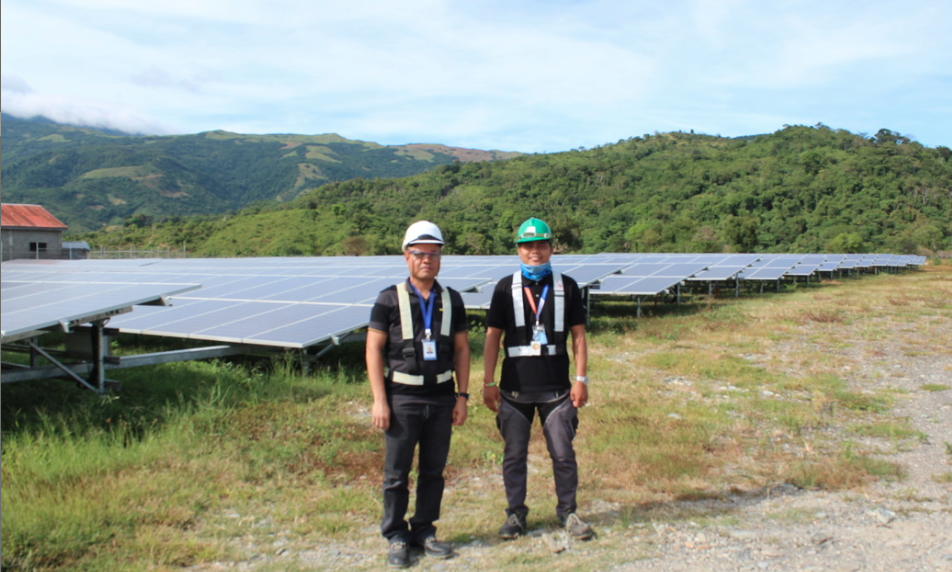 The Senate committee examining a house bill granting a PV mini-grid franchise to renewable energy firm Solar Philippines has been debating the reach of the franchise as well as its exclusivity, with the discussion to reconvene in May after the general election.

The bill has gone through three hearings already, having passed through the lower house, and stakeholders were asked to submit position papers on the latest version last week.

The controversial HB 8179 relates to an offshoot of Leandro Leviste's firm Solar Philippines known as Solar Para Sa Bayan (SPSB) or 'Solar For The Country', which focuses on combinations of solar PV, energy storage and diesel generation in both un-electrified areas as well as regions already receiving electricity. Indeed this plan to reach beyond areas lacking in electricity access is one of the several issues that have the rest of the industry up in arms, particularly as the original scope of the franchise was across the Philippines.

Theresa Capellan, president of the Philippine Solar and Storage Energy Alliance (PSSEA), told PV Tech that the solar industry, which is largely opposed to the franchise, has managed to get two important provisions added to the Bill, among other minor changes. The first was that the Electricity Regulatory Commission (ERC) must oversee and review any tariff determination put forward by SPSB and the second was to have the scope of the franchise confined to 'unserved' and 'underserved' areas. This would mean that SPSB's projects could not be connected to the main grid under the franchise, despite Leviste's long-term vision for the mini-grids to not just handle unserved areas but also start to creep into supplying towns and even cities.

The Senate has been scrutinising two more aspects of the Bill.

One issue relates to there being no definition of unserved or underserved in Electric Power Industry Reform Act (EPIRA). The final draft of the Bill has yet to be tabled, but Capellan said the language used by the Senate defined 'unserved' as an area that has no electricity and no distribution lines, while the definition of 'underserved' – areas that are receiving electricity but not necessarily for 24 hours a day and with regular brownouts – needs to be consistent with the contents of the EPIRA.

Questions have been raised about how SPSB entering underserved areas would impact the existing contractual obligations of the incumbent franchise holders, said Capellan. These include uncertainty over whether the originally contracted capacities – a coal-fired power plant for example – would become stranded assets. On the other hand, if SPSB enters unserved areas, there are fewer complications, although there are still issues that need clarification.

Capellan added: “That is why the inclination of the Senate is to limit to the unserved [areas], because if you go into the underserved then all of these issues will have to be clarified and threshed out. There will be a lot of questions that need to be resolved, but in the unserved [areas] it's pretty straightforward. You don't disrupt any existing contracts.”

The second aspect being examined is the definition of 'non-exclusive'. Critics of the House Bill have consistently argued that it would offer one private PV firm a monopoly that would merely replace the monopoly of the rural electric cooperatives with another one. Meanwhile, SPSB chief Leviste has always hit back by highlighting the fact that the franchise is explicitly non-exclusive.

This should mean that any parties can enter the franchise area that SPSB is operating in, but there will be a competitive selection process.

Capellan said the general position of the industry is that the bill should not be passed because it effectively amends the regulatory regime under the EPIRA. Furthermore, wherever one wants to do business in energy the Philippines, there is always an existing franchise, so granting SPSB a franchise raises more questions about whether the original franchises would be automatically revoked, for example. There are also questions about whether the franchise will cover not just power generation, but also transmission lines.

The bill passed through the lower house in December, but is now being deliberated by the Senate and a technical working group, which raised many of these more specific concerns.

Local news outlets have reported Leviste as saying that SPSB is open to “compromise” on the bill, as long as the overall undertaking can be continued.