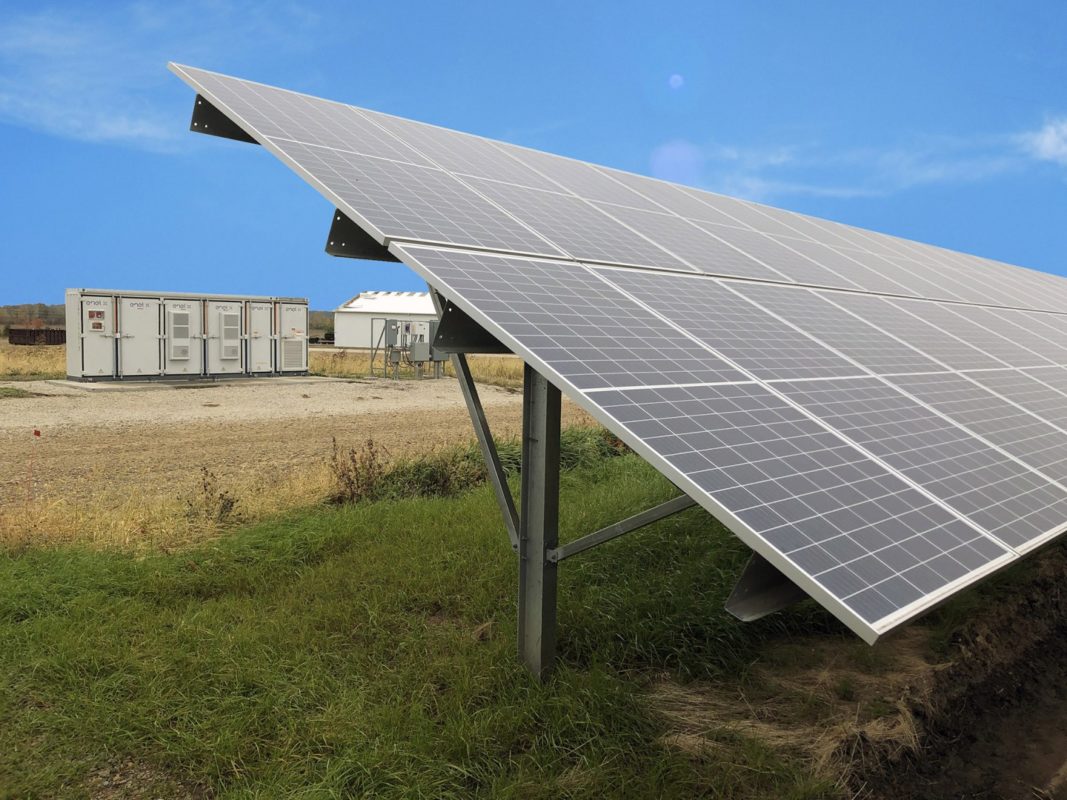 As part of a strategy that includes retiring coal-fired power plants by 2040 and reaching net zero carbon emissions from electricity generation by 2050, utility company Alliant Energy has published its ‘Clean Energy Blueprint for Iowa’.

As well as aiding in decarbonisation of Alliant’s generation portfolio and increasing shares of renewables, investments outlined in the Blueprint including the build-out of solar and battery storage could save its customers in Iowa over US$300 million in costs over the next 35 years, the utility said.

The company sees battery storage as key to adapting its electricity networks to become more resilient and reliable as growing shares of solar and wind are added. The Clean Energy Blueprint will add 400MW of new solar facilities in Iowa to be built by 2023, adding to a portfolio already owned by Alliant that comprises 1,300MW of wind power as well as about 10MW of existing solar in the state. In addition, the Blueprint for Iowa also emphasises a roll-out of smart thermostats to help customers and the utility alike to manage energy use.

Alliant Energy has around 970,000 electricity and 420,000 natural gas customers in the states of Iowa and Wisconsin. Its interim targets towards its 2050 emissions reduction goals are to achieve a 50% reduction in CO2 emissions as well as reducing fossil fuel generation-related water consumption by 75% by 2030.

The company already announced its Clean Energy Blueprint for Wisconsin, including 1,000MW of solar PV by 2023, last year, while in May this year it said it has already committed to invest in 675MW of that capacity which will be split across six sites.

The company’s strategic plan, called ‘Powering what’s next’, of which the new Clean Energy Blueprints are a component, commits Alliant to its coal retirement by 2040 goal, which utility said is 10 years earlier than it had previously aimed for in earlier strategic plans.

Its first-ever utility-scale solar-plus-storage project went into operation earlier this month, a 548kWh battery system paired with 2.55MW AC of solar in Marshalltown, Iowa. That project is a pilot, along with two other sites, that Alliant said will help the utility assess the effectiveness of different combinations of solar and energy storage for different applications.

While the company is still figuring out how much energy storage to deploy, it has said that it expects to build out 100MW of distributed resources – including community solar and battery storage – by 2026. According to the Iowa Blueprint Lansing, a 275MW coal plant, will be retired by 2022, while the 212MW Burlington coal plant will be transitioned to running on natural gas.

May 5, 2022
US utility company NiSource has pushed back the shutdown of some of its coal units owing to delays on the completion of some of its solar PV and co-located projects.