Solar deployment in India is faltering as high module prices impact project construction, according to new analysis from Bridge to India.

Prices for mono-PERC modules rose further to US$0.27/W during the third quarter, said the research and consultancy firm, which has downgraded its previous deployment projections and now estimates that 1,760MW of solar capacity will be added in India during Q4.

While that figure is 36% higher than Q4 2020 – when COVID-induced challenges stymied construction activity – it is notably lower than deployment rates recorded in the three other quarters of this year.

Utility-scale projects represented 82% of the total solar capacity added in Q3, while 16% were rooftop systems and 2% off-grid projects.

Despite their dominance in terms of capacity additions, utility-scale solar installs dipped marginally on the previous quarter amid rising project execution costs and module supply disruption, according to the report.

Among the announcements made during Q3 include independent power producer ReNew Power commissioning a 250MW PV plant in Rajasthan, while reports also emerged that the state of Tamil Nadu is looking to develop 4GW of solar projects and battery energy storage systems.

In total, Bridge to India’s solar deployment estimate for January to September 2021 is 6,420MW, significantly lower than the 8,811MW calculated by consultancy JMK Research & Analytics.

While Bridge to India puts the country’s solar pipeline – projects allocated to developers and at various stages of development – at 62,179MW, it is on track to miss its target of having 100GW of solar by 2022. The consultancy’s managing director Vinay Rustagi previously said he expects the country to have 65GW deployed by the end of next year. 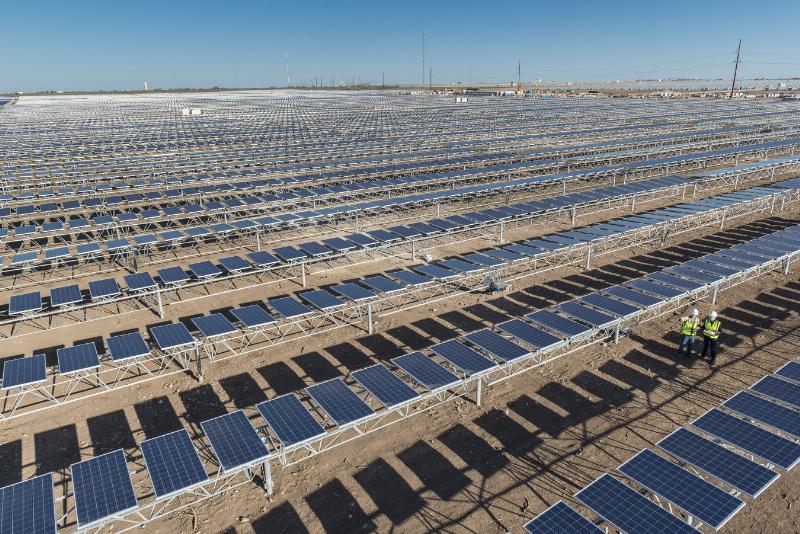